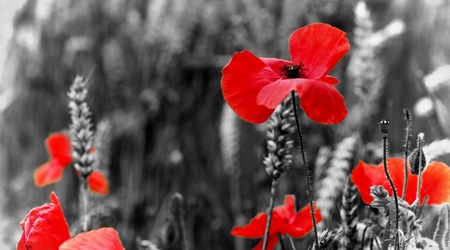 Scotland is leading a global initiative to create a new and lasting form of Remembrance which will see musicians around the world join together to play new music dedicated to peace on Armistice Day.

The project is the brainchild of University of Aberdeen lecturer Neil McLennan and Scottish fiddler Thoren Ferguson and will utilise new online interactive technology supported by Edinburgh Napier University.

The idea for Play for Peace (#iPlay4Peace) began after Mr McLennan was asked to write a piece considering how we remember the war for The Times newspaper last year.

He explains: “I suggested that as we move on from this important centenary year marking the end of the war to the centenary of the two minute silence, it is important that we look at how we continue to reflect upon the war and think about peace.

“Once the centenary has passed, there is a danger than the First World War – the supposed ‘war to end all wars’ – begins to diminish in the public consciousness.

“I asked if a two-minute silence was enough and whether we needed to look at further ways to remember that can last another 100 years, which musicians could play in harmony around the world as a mark of how civilisation has progressed and become more unified."

The idea struck a chord and soon Mr McLennan was fielding emails from interested musicians across the UK and beyond.

He joined forces with Thoren Ferguson who created a brand new piece of music to encompass the Armistice and our reflections upon peace when conflict still exists around the world.  Thoren scored the new composition on the Wilfred Owen violin - an instrument crafted by Steve Burnett and endorsed by UNICEF Goodwill Ambassador Maxin Vengerov as “an envoy for peace and reconciliation through music.”

However, in order for the idea to work, there needed to be a way for instrumentalists to play in harmony and the pair turned to Edinburgh Napier University and Professor Paul Ferguson for help. Professor Ferguson has led a team which has developed LOLA – LOw LAtency audio and video streaming - which enables online interaction to happen in real time, without the time delay associated with popular systems like Skype, which would make musical collaboration from different locations impossible.

The technology will be trialled with musicians in three different locations this year with a larger collaboration planned for 2019 – a century after The Armistice began.

The crowdsourced international orchestra will be led by Ferguson, playing the Wilfred Owen violin from Edinburgh Napier University’s Craiglockhart Campus - the site of a former military hospital for shell-shocked officers during World War One.  He will be joined by George Watson’s College orchestra, violinists from Tynecastle High School and soloists, ensembles and orchestras from across the globe.

In addition, musicians from all over the world will strike up to Play for Peace at exactly 3pm Greenwich Mean Time/ 4pm Central European Time on Remembrance Sunday.

Once the centenary has passed, there is a danger than the First World War - the supposed 'war to end all wars' - begins to diminish in public consciousness." Neil McLennan

Mr McLennan continues: "Play for Peace has really grown organically but I have been quite overwhelmed by the support for the concept.

“When I wrote those words last year, I had no idea that 12 months on we’d have French and German musicians signed up as well as Shetland to South Africa, Ypres to Australia. In Milan it will even be incorporated into the performance of an opera.

“Rather poignantly, this also has echoes of how the two minute silence originated 100 years ago. It was first mooted by an Australian journalist, George Edward Honey, who wrote in the London Evening Standard in May 1919 suggesting five silent minutes of national remembrance at the ‘eleventh hour of the eleventh day of the eleventh month’.

“This wasn’t immediately taken up and it took until just before the first anniversary for the idea to be raised again by South African James Percy FitzPatrick, who communicated the suggestion to King George V as a two-minute silence.”

Inspired by the initial enthusiasm for the idea, McLennan and Ferguson formally launched Play for Peace on June 28 – exactly 104 years on from the assassination of Archduke Franz Ferdinand in Sarajevo which trigged a series of events which set the world on a path to war just a couple of months later.

“We thought ‘if the world can arrange a war within that short space of time, can it arrange a world orchestra? The answer was an emphatic yes,” he adds.

“A community of musicians has quickly grown up and a piece that was first written for fiddle has been transposed and made available for all sorts of different instruments through this volunteer network.

“2018 is just the beginning. We are delighted with the number of people who have committed to sharing with us in this occasion of remembrance and there is still plenty of time for anyone else wishing to join us to get involved.

"We hope that this is just the start of a journey towards a new remembrance which could last another 100 years and ensure that we don’t forget how the First World War shaped our past, and to ensure that the lessons we can learn from it shape our future.”

Musicians of all ages and abilities are invited to join the global orchestra on 11 November using social media platforms and the hashtags #iPlay4Peace, #ArmisticeConcert and #Concert4Cooperation. A Facebook page has been established at https://www.facebook.com/groups/1943453119253628/?ref=bookmarks