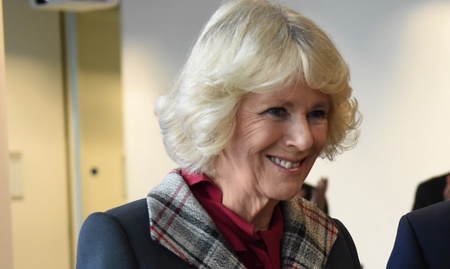 I am delighted, honoured and humbled that Her Royal Highness The Duchess of Cornwall - known in Scotland as The Duchess of Rothesay - will attend the world premiere of my 'Requiem: The Souls of The Righteous'" Professor Paul Mealor

His latest work, ‘Requiem: The Souls of The Righteous’ will be performed for the first time at St Mary’s Cathedral in Edinburgh on September 22 by the National Youth Choir of Scotland and Royal Scottish National Orchestra, conducted by Christopher Bell.

Composed to mark the centenary of the end of the First World War, the ‘reflective and poignant tribute to peace’ is set to new words by distinguished poet Dr Grahame Davies.

Tickets for the free concert sold out within days of release but it will be recorded by Classic FM and broadcast on Remembrance Sunday to allow audiences around the country to enjoy the new 40 minute requiem.

Professor Mealor said: “I am delighted, honoured and humbled that Her Royal Highness The Duchess of Cornwall - known in Scotland as The Duchess of Rothesay - will attend the world premiere of my ‘Requiem: The Souls of The Righteous’.

“I am excited to hear the National Youth Choir of Scotland and the Royal Scottish National Orchestra, under the baton of Christopher Bell, bring the work to life and pleased that it will also be recorded live for Classic FM so that anyone who is unable to attend in the night can share in the performance.”

He said: “Not only is this one of the longest pieces that I have ever written; but, I was also acutely aware of the need to create something that not only commemorates the centenary of the end of World War One but that is reflective and considers how people today think about conflict.

Professor Mealor said writing the requiem has also led him to contemplate just how great the impact of the First World War was on communities throughout Europe.

“In this centenary year, it is important that we do remember the impact not only of the war but how it has shaped our relationship with peace,” he added.

“From our own University community, there was a battalion of young men who never came home and whose names are inscribed in our Chapel. As a teacher, it is hard to look at my students and imagine them having to face such horror at such an early stage in their lives. I hope the requiem can provide a lasting University tribute to the courage they – and the millions of others from across all nations displayed - and to the ongoing struggle for peace.

“Having the requiem performed by a choir from the first generation to grow up without direct contact with those who knew someone killed or affected by the First World War will bring a fresh dimension and, under the baton of the superb Christopher Bell, I know the National Youth Choir of Scotland and Royal Scottish National Orchestra will make this a very special premiere.”

The creation and performance of ‘Requiem: The Souls of The Righteous’ has been made possible by a donation from long-term supporters of music at the University of Aberdeen, Margaret Carlaw and Professor Derek Ogston.