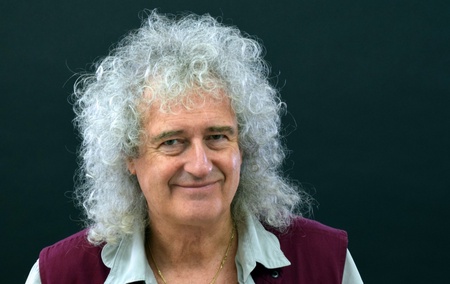 About George Washington Wilson, born in Aberdeen in 1823.

When photography was first introduced to Britain in the early 19th century, Scotland adopted the process with great interest and enthusiasm. A leading practitioner was George Washington Wilson whose innovations in stereoscopic photography created some of the most captivating 3-D photographs of the period and established his reputation, both nationally and internationally. He began his career as a portrait miniature painter, but in the early 1850s he took up photography and established a portrait studio in his home town of Aberdeen. One of his earliest commissions was to photograph the construction of the new Balmoral Castle, and the success of these studies led to other assignments, including portrait sessions of Queen Victoria and members of the Royal Family. He was subsequently appointed Photographer to the Queen.

By the 1860’s Wilson had established his national reputation through a series of technical and aesthetic innovations that significantly advanced the art of stereoscopy and topographic photography. As a result, his business as a photographer, publisher and retailer of images for the tourist market rapidly expanded, and within a few years he dominated the field.

Making the collection available to the public

In 2011 the University of Aberdeen made available online more than 35,000 high resolution digital versions of images originally taken between 1853 and 1908 by the Aberdeen photographic firm George Washington Wilson & Co.

The images, taken throughout Scotland the UK and beyond, allow the examination of details previously hidden from the naked eye.

The George Washington Wilson online archive can be viewed at www.abdn.ac.uk/historic/gww/index.htm

Prof Roger Taylor has spent his entire professional life working with photography, initially as a commercial and industrial photographer before moving into teaching on the Fine Art course at Sheffield College of Art during the 1960’s. It was here that he became fascinated by the history of the medium and began his research into George Washington Wilson whilst studying for his Masters Degree in Victorian Studies at Leicester University. His commitment to photographic history led to his appointment at the National Museum of Photography, Film & Television, in Bradford, where he was responsible for installation of a new Kodak Museum, which opened in 1989.  Seven years later he took early retirement to pursue his researches into midVictorian photography, specialising in the emergence of early processes in Britain 1839-1865. Following a number of research fellowships within major collections in Canada and America he was appointed as a Senior Research Fellow at De Montfort University, where he is now Professor Emeritus. In 2014 he was awarded an Honorary Doctorate by the University of Derby in recognition of his significant contributions to photographic history.

About the London Stereoscopic Company & the birth of the OWL

Some time in 1854 ‘The London Stereoscope Company was born. Its business was selling stereo views and viewers to the public, and they were leaders in a huge boom – a craze which swept England, Europe, and eventually the United States too, of stereo photographs of every conceivable subject, which, viewed by means of a stereoscope, presented scenes in life-like three dimensions. In a world which had never experienced Television, the Movies, or the Internet, this was a major sensation. In February 1856, The London Stereoscopic Company (LSC) advertised, in the Photographic Journal, “The largest collection in Europe, upwards of 100,000 stereo views.”  Brian May’s introduction to stereoscopy was as a child finding 3-D cards in his breakfast cereal. In the 1950s Weetabix gave away free coloured stereo cards in their packets, along with an opportunity to send off one-and- sixpence for the stereoscope required to view them. Brian, discovering that he could free- view them without the viewer too, was entranced, and quickly figured out how to make his own stereo views, and was hooked for life. Scouring Portobello Road market for stereoscopic items some years later, Brian discovered the intriguing Diableries cards, which stirred a special passion, which was to lead to the Diableries book 40 years later. While studying Astronomy at Imperial College, Brian became a regular viewer at Christie’s photographic auctions, at the time a rich source of long forgotten stereo views from the 1850s onwards which were turning up in people’s attics. In 2008 Brian realised his dream of recreating The London Stereoscopic Company (LSC), its aim to bring the magic of true stereoscopy to the modern world. In order to share Victorian 3D, Brian designed his own OWL stereoscope, which is now produced in large quantities. The OWL has become a new standard around the world in stereoscopic viewing. In 2011 Brian met a redoubtable French scholar, Denis Pellerin, one of the world’s experts on French and English Photographic History. Their two passions connected immediately, and Denis became Brian’s curator, conservator, researcher, and co-author. The London Stereoscopic Company is now restoring and republishing Victorian classic cards, as well as original stereoscopic works on other subjects. Finally the LSC completed the picture by entering into book publishing, each new work accompanied by an OWL stereoscope included in the package. George Washington Wilson, Artist and Photographer will be the LSC’s sixth title.  The London Stereoscopic Company is the ONLY publisher in the world dedicated exclusively to publishing stereoscopic works. The LSC’s mission is to share the world’s greatest 3-D images, from Victorian time to present day.

For further information on The London Stereoscopic Company or to request a review copy of George Washington Wilson: Artist and Photographer please contact: