New project to tackle major cause of blindness
06 July 2018 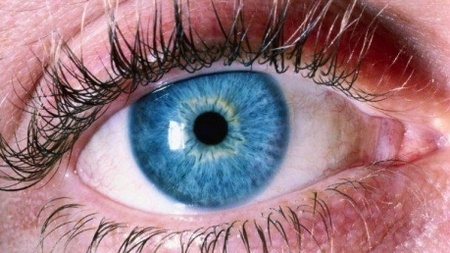 A condition which is the fourth most common cause of blindness is to be tackled by a new research project led by the University of Aberdeen and NHS Grampian.

The £200,000 award from the Chief Scientist Office and Fight for Sight charity will explore the use of cells from the body’s own immune system to suppress autoimmune uveitis.

The sight-threatening condition is usually managed with therapies including steroids and immunosuppressants which can have harmful side effects.

The team, led by Dr Heather Wilson and Professor John Forrester from the University of Aberdeen and Dr Lucia Kuffova from NHS Grampian will investigate the potential use of T regulatory cells from the patient’s immune system as a means of suppressing the cells which cause damage to the eye.

Dr Wilson said: “This work, which is exploring the novel possibility of customised medicine for sight-threatening uveitis using patient-specific treatments, is at a particularly exciting stage. The generous funding provided will now allow us to progress our research to the next phase to establish the most effective T regulatory cell for use in the clinic.”

Dr Neil Ebenezer, Director of Research, Policy and Innovation at Fight for Sight, said: “We are delighted to be working in partnership with the CSO to support vital Scottish research. This exciting research project could potentially prevent the future recurrence of uveitis, which will have a significant impact on the lives of those living in Scotland.”

Dr Alan McNair from the Chief Scientist Office said: “It is through research that effective new treatments for debilitating eye conditions such as autoimmune uveitis will be developed. We are therefore delighted to be partnering with Fight for Sight in supporting this exciting project at the University of Aberdeen.”

Intraocular inflammation within the eye can be sight-threatening, especially when it affects the retina. During a flare of posterior uveitis, the patient’s immune system causes much of the damage, due to the over-active immune cells attacking the retina. It is thought that in sight threatening uveitis an uncontrolled immune response to the patient’s individual antigens is due to the failure of T regulatory cells which have a role in controlling inflammation. Researchers will therefore identify, harvest, amplify and transfuse isolated T regulatory cells to suppress the inflammatory cells causing damage.