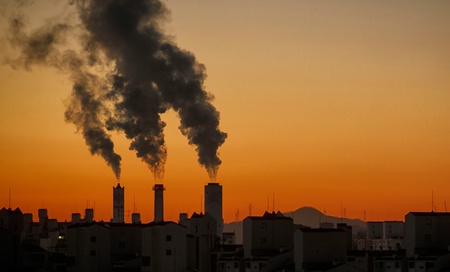 [2] The technology known as carbon capture and storage (CCS) aims to safeguard the atmosphere and ocean environments by reducing emissions of harmful greenhouse gases to the atmosphere. Carbon dioxide is captured from point sources (such as industrial facilities, sites of hydrogen generation, or power plants) then transported by shipping or pipeline to geological storage offshore in depleted oil and gas fields or deep saline aquifers. CCS will become an essential technology to enable countries to meet emission reduction targets during the 2020s and 2030s. More details about existing and planned projects can be found on the SCCS Global CCS Map: http://www.sccs.org.uk/expertise/global-ccs-map

[3] Scottish Carbon Capture & Storage (SCCS) is a research partnership of British Geological Survey, Heriot-Watt University, University of Aberdeen, the University of Edinburgh and the University of Strathclyde. Its researchers are engaged in high-level CCS research as well as joint projects with industry to support the development and commercialisation of CCS as a climate mitigation technology. http://www.sccs.org.uk

[4] SCCS and its partner institutes are involved in five of the eight projects being funded by the EU’s ERA-NET Accelerating CCS Technologies (ACT) programme, including the ACT Acorn and ALIGN-CCUS projects (http://www.act-ccs.eu/overview/). The results of this recent research into the security of carbon dioxide storage will be of interest and use to CCS projects being developed across Europe and worldwide.