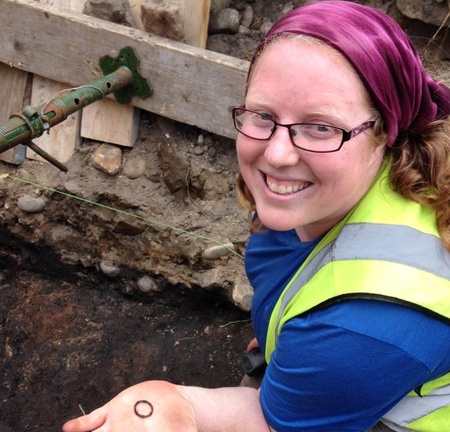 29460 The wall face of the Pictish fort at Burghead

29461 In situ charred planks in the wall face