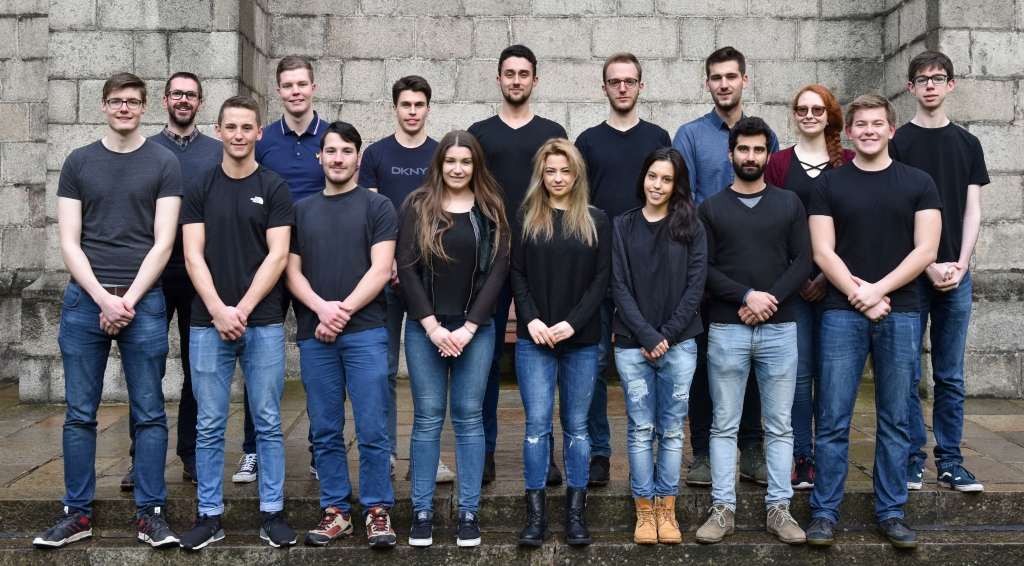 Students from the University of Aberdeen are building their own hydrogen-fuelled car as they prepare to compete against teams from around the world in this year's Shell Eco-marathon.

Team PrototAU made it through several qualifying stages to reach the competition finals, which take place in London in July.

The Shell Eco-marathon challenges students to design, build and test energy-efficient cars, pushing the boundaries of what is technically possible.  Students take their designs to the track to see which vehicle can go furthest on the least amount of fuel.

The University’s 20-strong team, which consists of engineering and business students, will now set to work building a car to compete in the competition’s Prototype class.  The car will be built at the University’s Fraser Noble building, where is home to the School of Engineering.

Lisa Rossi, who is the team’s Chemical Engineering Coordinator, said: “Our team formed back in November and since then we been working hard to pass the initial key stages that will allow us to move on to the final chapter, the actual building of the car.

“It is the first time the University of Aberdeen has participated in the Eco-marathon, and we will build the only hydrogen-fuelled car that will be competing from a Scottish University.

It is the first time the University of Aberdeen has participated in the Eco-marathon, and we will build the only hydrogen-fuelled car that will be competing from a Scottish University." Lisa Rossi, Team PrototAU

“Our design has been approved, so we’re now in the process of finding the parts we need to build the car.

“We are currently looking for sponsorship opportunities with local companies that might help us obtain a 500W fuel cell, which is the most expensive item on our list of parts.  We’d be delighted to hear from anyone who is interested in working with us.”

David Rodger, from Shell UK, works closely with the Scottish Universities involved in the competition.

He said: “It is great to see the University of Aberdeen taking part in Shell Eco-Marathon – a competition which challenges students from around the world to design and build some very innovative vehicles where achieving distance, not speed, is at the heart of the challenge."