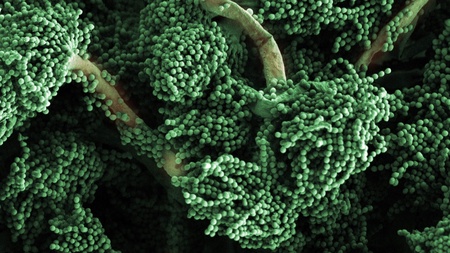 A short video interview with Professor Brown is available in two formats from the link below. Also from the link you can download an image (A. fumgatus showing melanised spores. Image - Kevin Mackenzie) which you are free to use with attribution.