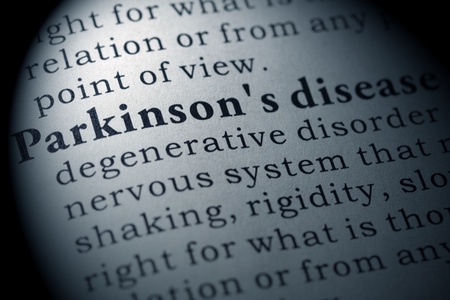 New research from the University of Aberdeen shows that weight loss in people with Parkinson's disease leads to decreased life expectancy, increased risk of dementia and more dependency on care.

The team, led by Dr Angus Macleod propose that closer monitoring for weight loss in Parkinson’s patients and interventions in those who lose weight, such as a high calorie diet, may improve life expectancy, reduce dementia and reduce dependence on carers.

The study, published in Neurology, followed 275 people with Parkinson’s disease and parkinsonian disorders for up to ten years, monitored patients’ weight and investigated associations between weight loss and outcomes of the disease.   The main findings showed that weight loss is common in Parkinson’s disease and in the parkinsonian disorders and can occur in the early stages of the disease.  Further analysis showed that this early weight loss is associated with higher risk of becoming dependent (i.e. needing help with activities of daily living), of developing dementia, and of dying.

Although other studies have identified weight loss as a common problem in Parkinson’s disease, this is the first to identify the link between weight loss and death, dementia and dependence on carers.

Dr Angus MacLeod who led the study explained: “Weight loss is a common problem in Parkinson’s but it wasn’t clear before we did this how common it was, mainly because of biases in previous studies, or what the consequences were of weight loss. Our hypothesis was that people who are losing weight were going to have adverse outcomes.

Our finding that those who lose weight have poorer outcomes is important because reversing weight loss may therefore improve outcomes." Dr Angus MacLeod

The study was partially funded by Parkinson’s UK. Professor David Dexter, Deputy Director of Research at Parkinson’s UK added: “While other studies have demonstrated that weight loss is common in Parkinson’s, this is the first to consider the impact this symptom may have.

“It has yet to be determined whether this quicker progression can be corrected by supplementation with a high calorie diet, however this could be a key potential development.”