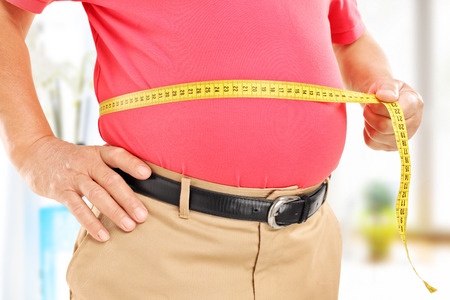 A new drug being trialled for treating breast cancer and diabetes has been shown to 'melt away' the fat inside arteries that can cause heart attacks and strokes.

Researchers from the University of Aberdeen, using pre-clinical mouse models, showed that just a single dose of the drug (Trodusquemine) completely reversed the effects of a disease that causes a host of heart problems.

Atherosclerosis is the build-up of fatty material inside the arteries.

Over time this fatty material can grow bigger until your arteries become so narrow that not enough blood can pass through.

Atherosclerosis is the condition that causes most heart attacks and strokes.

In pre-clinical tests, mice with set-in atherosclerosis, mimicking what happens in humans, had less fatty plaques in their arteries whether they had regular doses over time or just a single dose of Trodusquemine.

The drug works by stopping an enzyme called PTP1B, which is normally increased in people with obesity or diabetes and conditions involving prolonged inflammation such as sepsis, inflamed diabetic foot ulcers and allergic lung inflammation. The researchers found that it also stimulated the action of another protein (AMPK), which effectively mimics exercise and reduces chronic inflammation.

As you age you start to develop these fatty streaks inside your arteries. It is a big problem for people who are overweight or have underlying cardiovascular conditions." Professor Mirela Delibegovic

It has already been shown to be effective with diabetes and breast cancer patients but this is the first time the drug has been shown to have benefits for long-term cardiovascular disease.

The £236,000 study was funded by the British Heart Foundation.

Professor Mirela Delibegovic and Dr Dawn Thompson from the University of Aberdeen’s Institute of Medical Sciences who led the study said: “All humans have some level of atherosclerosis. As you age you start to develop these fatty streaks inside your arteries. It is a big problem for people who are overweight or have underlying cardiovascular conditions.”

“Trodusquemine has already been trialled for treatment of diabetes and breast cancer but this is the first time it has been used in models of atherosclerosis.

“These have only been tested at pre-clinical level, in mice, so far but the results were quite impressive and showed that just a single dose of this drug seemed to completely reverse the effects of arthrosclerosis.

“The next step is to test the ability of this drug to improve outcomes in human patients with developed atherosclerosis and cardiovascular disease”.

Professor Jeremy Pearson, Associate Medical Director at the British Heart Foundation, said: “Trodusquemine is in early clinical trials for the treatment of diabetes. This study shows it can also limit the build-up of fatty atherosclerotic plaques in mice. If we see the same effect in patients, the drug may prove even more useful than currently hoped for.”