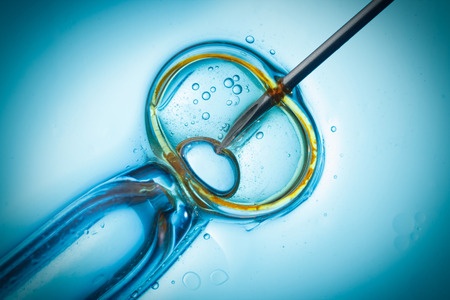 Women who miscarry during their first full round of IVF are more likely to have a baby after further treatment than women who don't get pregnant at all.

Researchers from the University of Aberdeen, who led a study on over a hundred thousand women, hope the findings will provide comfort for women who are devastated when a much desired IVF pregnancy ends in a miscarriage.

More than 52,000 women in the UK underwent IVF or ICSI (intracytoplasmic sperm injection) treatment in 2014 and the treatment is responsible for 1.5% of babies born in the UK.

The study, published today (Wednesday September 20) in Human Reproduction [1] examined data from more than 112,000 women who started IVF treatment between 1999 and 2008.

We hope our findings will provide reassurance to these couples as they consider their options for continuing treatment." Natalie Cameron

To produce these figures, the researchers made the assumption that women who had no further IVF treatment did not have any children. Assuming that all women who discontinued treatment had the same chance of live birth as those who continued with IVF did not change the findings.

Ms Cameron said: “Miscarriage can be a devastating experience for any couple, but especially for those who have already struggled with infertility. This, coupled with the emotional and financial burden of multiple cycles of treatment can make many couples lose confidence and give up.

“We hope our findings will provide reassurance to these couples as they consider their options for continuing treatment.”

The work was supported by an Aberdeen Summer Research Scholarship and by a Chief Scientist Office Postdoctoral Training Fellowship in Health Services Research and Health of the Public Research.