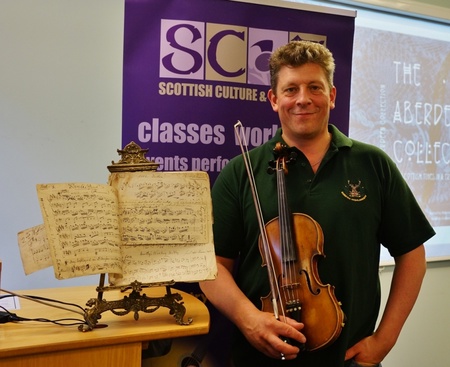 The Aberdeen Collection: 250 Contemporary Scottish Tunes in Traditional Style is out on 1st July and being launched at Scottish Culture & Traditions’ three-day festival, Silver City Stramash.

The Silver City Stramash festival is funded as part of the Silver City Stories festival http://www.aberdeencity.gov.uk/silvercitystories, a joint initiative, led by Aberdeen City Council, the University of Aberdeen and Visit Aberdeenshire; the book itself was initially funded by Vibrant Aberdeen and included tune-writing workshops and performances throughout the city and shire since 2015. Other funders included Stonehaven Folk Festival and Aberdeenshire Council.