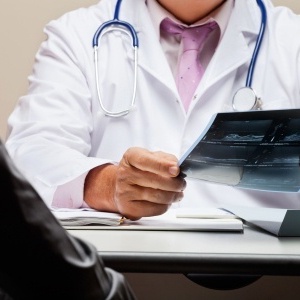 More than a quarter (28%) of cancer patients diagnosed as an emergency in Northern Scotland hadn't discussed any relevant symptoms with their GP beforehand, according to a study from the University of Aberdeen, published in the British Journal of Cancer today, Tuesday.

Of those who had previously flagged symptoms to their doctor, 81 per cent had been appropriately referred on by their GP for further treatment or investigation of their symptoms.

But around 2 in 10 patients (19%) could be viewed as genuine missed opportunities for GPs to diagnose cancer earlier.

Overall around 1 in 5 study participants were diagnosed with cancer as an emergency.

The study, funded by the Scottish Chief Scientist’s Office, involved a detailed review of the case notes from 1,800 patients diagnosed with cancer in Northern Scotland and registered at GP surgeries across NHS Grampian, Orkney and Shetland.

For each patient, the sequence of events leading to diagnosis was analysed, along with lifestyle characteristics as well as socio-demographic and other relevant information. This makes it one of the most detailed studies of emergency cancer presentation to date in Scotland.

It's vital we do more to ensure people with persistent or unusual symptoms feel confident about getting them checked out by a doctor without delay. " Dr Peter Murchie

Lead author, Dr Peter Murchie, a GP and researcher at the University of Aberdeen, said: “This study sheds light on the complications surrounding emergency cancer diagnosis and how quickly circumstances can change for the patient.

“It’s vital we do more to ensure people with persistent or unusual symptoms feel confident about getting them checked out by a doctor without delay. And it’s equally important to give GPs better access to the tests and specialist advice they need to help them spot potential cancer symptoms at the earliest stage.”

Jodie Moffat, Cancer Research UK’s head of early diagnosis, said: “For some patients, emergency presentation may be difficult to avoid, but for others there are often things that could have been done differently. Studies like this help us to understand this complex picture and identify what needs to change.

“Cancer patients diagnosed as an emergency are more likely to have late stage disease and poorer survival. So it’s vital we do all we can to break down barriers to people visiting their doctor with symptoms that could be cancer. Cancer Research UK is also working with GPs in Scotland to help improve early cancer diagnosis and ensure they have the freedom to refer patients for further tests and access specialist advice if cancer is suspected.”

Established in 1495, the University of Aberdeen is the fifth oldest in the UK and is consistently ranked in the top 1% of the world’s universities.

About the British Journal of Cancer (BJC)

The BJC is owned by Cancer Research UK. Its mission is to encourage communication of the very best cancer research from laboratories and clinics in all countries. Broad coverage, its editorial independence and consistent high standards have made BJC one of the world's premier general cancer journals. www.bjcancer.com