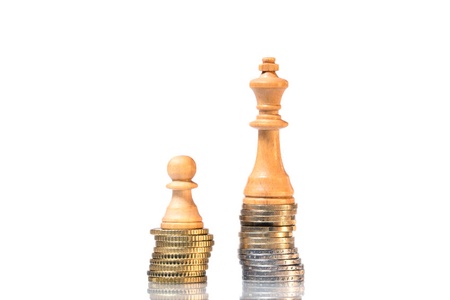 Climbing the economic ladder depends on personality traits as well as financial and social background according to research from the University of Aberdeen.

The study, published today (April 19) in Personality and Individual Differences found that as well as childhood social class, higher intelligence, having a personality open to new experiences and an absence of feelings such as anxiety, worry and fear were also associated with upward social mobility.

Using data obtained from a cohort of volunteers born in Aberdeen in 1936, this study uniquely examines the multiple influences that drive social mobility such as childhood intelligence, education and personality from data gathered as much as 70 years ago.

Dr Roger Staff who led the study said: “Using volunteers born in 1936, in and around Aberdeen, who had their intelligence measured age 11, we were able to model social mobility over their working lives.

"The study found that childhood social class, intelligence, a personality with openness and an absence of neuroticism (anxiety, worry and fear) were associated with upward social mobility.  These positive effects were predominantly independent of the level of education received by the individual.

“There have been previous studies that suggest certain personality traits drive social mobility or would be a contributor for social mobility but none of the work done in the past had the opportunity to adjust for childhood ability. This is only possible because the cohort has the age 11 IQ score recorded.  So as a life course type of analysis this study is rare. Essentially, it was the opportunity to adjust for all these variables in early life and see where these people ended up.

"We found that where you start in life is as important as how good you are.

Our results show that where you end up in life is not only dependent on where you start and how smart you are but is determined by your personality. " Dr Roger Staff

“There are lots of arguments about whether we are becoming less or more socially mobile and many would argue that social mobility is increasing through better education, better opportunities and legislation that doesn’t discriminate.

"Our results show that where you end up in life is not only dependent on where you start and how smart you are but is determined by your personality. “

This research was funded by Alzheimer’s Research UK –

As well as MRC:

And the Wellcome Trust funded the extension of the database