Food contaminants under the spotlight
03 April 2017 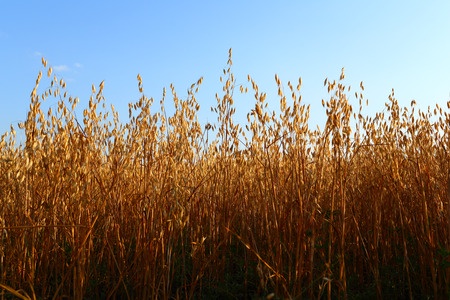 Scientists from the University of Aberdeen Rowett Institute have been studying the fate of food contaminants in the human digestive system , of which little research has been previously conducted.

Mycotoxins are fungal toxins which can be present in cereal crops, such as wheat, oats and barley. Plants bind these mycotoxins to sugars and it is unknown whether these bound or ‘masked’ mycotoxins will be released in the body after consuming contaminated food.

The team, have discovered that these masked mycotoxins remain stable in the small intestine however, once they reach the large intestine they are broken down by human gut bacteria and these mycotoxins are rapidly released, which could add to the overall mycotoxin exposure. The research was carried out using an in vitro artificial digestion system to mimic the conditions that prevail in the human small and large intestine.

Future work will assess the exposure of consumers to these masked mycotoxins and their release and uptake from the large intestine." Dr Silvia Gratz

The study was conducted in collaboration with Fera Science Ltd. and was funded by the Food Standards Agency and the Scottish Government.

“The findings from this study have enabled the Food Standards Agency to have a better understanding of the significance of masked mycotoxins in the diet and their fate in the human gut. The results may be used in future consideration of risks from their presence in food.”