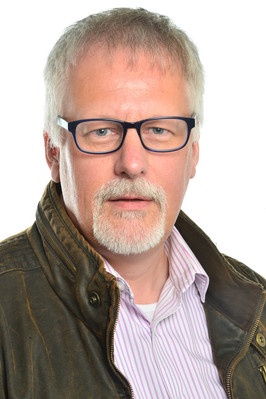 A University of Aberdeen professor has been named in the shortlist for the first Scottish Awards for New Music, supported by Creative Scotland and the Musicians' Union.

The Awards celebrate and champion the highest standards and achievements of Scotland’s composers, musicians, sound artists and ensembles and are intended to highlight and showcase the innovative, experimental and ground-breaking work taking place in Scotland, as well as the depth and breadth of the country’s contemporary music scene.

The inaugural Scottish Awards for New Music attracted more than 180 nominations for 2017 submitted by artists, audience members and the general public and Professor Stollery was shortlisted for his work Pipeline.

Pipeline, composed specifically for the University’s Aubertin organ in King’s College, combines organ music with digital sound and was premiered at the 2016 sound festival, with the audience “wallowing in a world of ambiguities where the origin of the sound (organ, loudspeaker) was not important and where they audience could create their own narrative of the piece”.

The winners of the Awards will be announced at an event in the Drygate Brewery, Glasgow, on Wednesday March 8.

Professor Stollery said: “I am immensely proud to have been shortlisted in the Electroacoustic/Sound Art category of the inaugural Scottish Awards for New Music 2016.

“Pipeline, composed for Roger Williams and the Aubertin organ in King’s College Chapel, combines manipulated recordings of the organ with the sound of the organ itself, exaggerating the ambiguities already present at an organ recital where the performer is invisible to the audience so the aural imagination is allowed to run free.”

Profiles of each of the shortlisted nominees and full details of the 2017 Awards are on the New Music Scotland website www.newmusicscotland.co.uk/awards2017