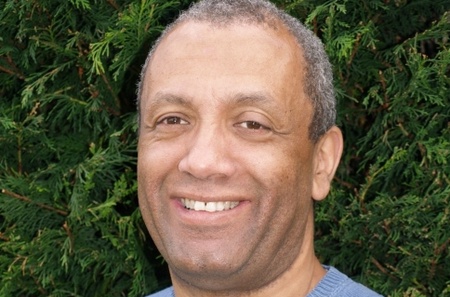 The work of an Aberdeen theologian has been recognised as one of 'the books most likely to shape evangelical life, thought, and culture' in 2017.

Professor John Swinton, Chair in Divinity and Religious Studies at the University of Aberdeen, has been given an Award of Merit in the Theology/Ethics category of the Christian Today book awards.

Professor Swinton’s book ‘Becoming Friends of Time: Disability, Timefullness, and Gentle Discipleship’ explores the way in which the experience of serious neurological disability  - profound intellectual disability, advanced dementia and traumatic brain injury - can challenge standard notions of time that view it as nothing more than another commodity to be bought and sold rather than a gift to be received, cherished, and valued.

I hope that the award helps to draw the experience of people with disabilities in general and neurological disabilities in particular, into the centre of people's thinking in relation to how we understand time, community, friendship and humanness" Professor John Swinton

Matthew Barrett, executive editor of Credo Magazine, in his citation for the award says: “if time is nothing more than another commodity to be used bought and sold, …only those who are capable of using time “productively” have value in society. … Swinton … demonstrates that these ideas are anything but biblical. Taken seriously, they would dictate that the unborn child with Down syndrome not only can but should be aborted. Or that people with dementia are a ‘waste of time,’ justifying euthanasia. Swinton’s love and compassion for the disabled is contagious. He casts a Christian vision of time in which every person has a real, unique, and valuable identity.”

Professor Swinton said he was delighted the book had been recognised by Christian Today. “It is a real honour to have my book recognised in this way. I hope that the award helps to draw the experience of people with disabilities in general and neurological disabilities in particular, into  the centre of people’s thinking in relation to how we understand time, community, friendship and humanness.  If we can find the right kind of time to spend with one another the world will be a very different place.”

The Merit Award rounds off a successful year for Professor Swinton. In July he was named as the 2016 winner of the Michael Ramsey Prize for his book ‘Dementia: Living in the Memories of God’. The prestigious literary award is known as the ‘Man booker’ of theology and celebrates the most promising contemporary theological writing.