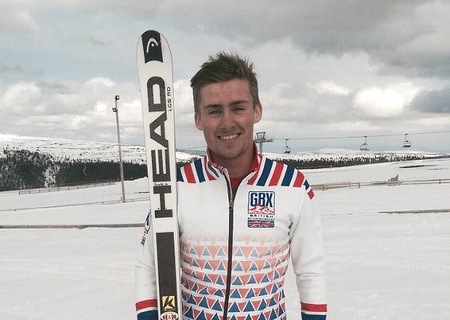 A University of Aberdeen student is aiming for a peak performance when he competes in the Ski Cross event at the FISU World University Winter Games.

Scott Garvie (20), a second year Geology and Petroleum Geology student, will travel to Kazakhstan next month after qualifying to represent Great Britain at the Games.

Known as ‘The Universiade’, the event is widely recognised as the second largest multisport Games in the world after the Olympics.  The 2017 Winter Universiade is being held in Almaty from January 29 to February 7, and will involve more than 2,500 participants from over 50 countries.

For Scott, who has represented Scotland and Great Britain in international ski competition, the Games provide an opportunity to make up for the disappointment of missing out on the Youth Olympic Games in 2012.

“I switched to Ski Cross in 2012 after many years of competing in Alpine ski racing, and I was gutted to miss out on qualification for the Youth Olympic Games by a single place in my first race.

“Despite not qualifying I was instantly hooked on Ski Cross, and I am thrilled to be given the chance to compete for my country again at the Winter Universiade.”

Born and raised near Laurencekirk, Scott started skiing at the age of three, and by 11 he was race training at the British Ski Academy.   He has represented Great Britain at the World Junior Championships four times, and was part of the Scottish Alpine Ski Team before making the switch to Ski Cross.

I'm going to go there and give it my best shot, but whatever happens it's going to be an incredible experience " Scott Garvie

“Despite its being a timed racing event, Ski Cross is often considered part of freestyle skiing because it incorporates terrain features traditionally found in freestyle,” Scott explained.

“But what really sets it apart from other alpine skiing disciplines is that there's more than one skier racing down the course and any intentional contact with other competitors leads to disqualification, so the margin for error is very small.”

Looking ahead to the Winter Games, and Scott’s aim is to be among those who make it into contention for a medal bid.

“My aim is to qualify in the top 32 and get through to the knockout stages, and if I make it there then it’s all to play for,” he said.  “I’m going to go there and give it my best shot, but whatever happens it’s going to be an incredible experience that I won’t forget.”