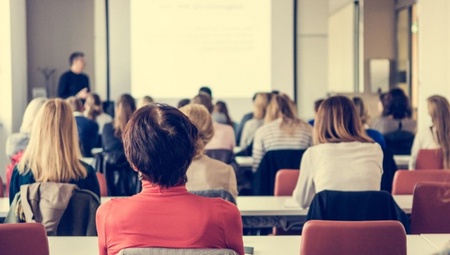 A student teacher from the University of Aberdeen has scooped an international award for a short film he made to help others learning to teach to focus on issues around poverty in the classroom.

Alex Hodgson, 27, has won the 2016 European Education Video Challenge, which comes with a €400 prize.

Alex, who is in the second year of an undergraduate degree in Primary teaching, created a short film to showcase the different challenges pupils who come from disadvantaged backgrounds may face in the classroom.

Alex said he was inspired to make the film by his part-time job working with young offenders, which he combines with his University studies.

“I work with young people who have come into contact with the criminal justice system and many of them come from less privileged parts of the city and face many challenges,” he said.

“The difficulties in dealing with a classroom of pupils from a range of different backgrounds was also highlighted to us in a lecture and I thought it would be a good topic for a short film.”

Alex, who is originally from Prestonpans in East Lothian, put to use skills he had acquired from studying an HND in filmmaking prior to enrolling on his teaching course at Aberdeen.

“Making the film enabled me to combine my two academic interests but I didn’t think it would ever be picked as the winning entry,” he added.

“There were more than 60 applicants from six universities around Europe and the standard this year seemed particularly high.

“I’m delighted that my film will now be shown to other students training to be teachers and I hope it helps to raise awareness of this important issue.”

Catriona MacDonald, Director Learning and Teaching at the University’s School of Education, added: “This is an incredible achievement for Alex and the School of Education. There were some outstanding videos submitted but his focus on Poverty and Life Chances, his camera work and the use of music impressed the judging panel and he was a clear winner.  We hope that this success will encourage more students to participate next year.”