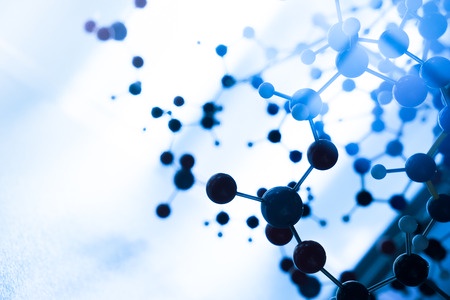 Scientists at the University of Aberdeen are searching for the genetic switches that could contribute to obesity and alcohol abuse after securing a research grant of £412,200 from the BBSRC.

Gene switches make sure that the proteins produced by the body’s genes are produced in the right cells at the right time and in response to the right signals.

The study will examine whether environmental factors in childhood can interact with genetics to affect how these switches operate later in life.

Mounting evidence suggests that mutations in the gene switches, and not the genes themselves, are the main causes of human illness.

It is also highly likely that these switches are the major targets of a process (epigenetic modification by DNA-methylation), that responds to environmental factors such as early life stress caused by social deprivation and poverty. In this way, gene switches act as the interface between our genetics and our environment that are essential for health but can also make us ill.

Dr Alasdair MacKenzie and Prof Mirela Delibegovic, who are experts in genomics and metabolism from the University of Aberdeen’s Institute of Medical Sciences, will collaborate with Dr Chris Murgatroyd, a gene-environment interactions expert from Manchester Metropolitan University.

Most people have genes that are perfectly fine, but in many people these healthy genes are turned on or off at the wrong time due to mutations within the switches that control them and this could play a role in disease progression." Dr Alasdair Mackenzie

Dr MacKenzie said: “Most people have genes that are perfectly fine, but in many people these healthy genes are turned on or off at the wrong time due to mutations within the switches that control them and this could play a role in disease progression. Therefore understanding these gene switches and how they are affected by mutations and the environment are absolutely crucial in our understanding of health and disease.

“We will start by looking at the switches that control the production of a protein called galanin. Too much galanin production in an area of the brain called the hypothalamus increases the desire to consume fatty food and alcohol. We have found the switch that controls galanin production in the hypothalamus and have evidence that genetic mutations and environmental factors interact at this switch to change its activity. We will explore the possibility that these changes contribute to alcohol abuse or excess fat intake in humans.”

In the past gene switches, (properly known as enhancers), were regarded as part of the ’Junk DNA’ because they were poorly understood and extremely difficult to find. However, due to their importance during evolution, gene switches have been highly conserved between species and can now be found by comparing the genomes (all the DNA in a cell) of mice, chickens and even fish to highlight where they occur.

The study will be based on a mouse model, using a cutting edge technique called CRISPR genome editing. This will allow the group to subtly alter these gene switches in mice in weeks rather than years and to test the effects of these changes on fat and alcohol intake.

Dr MacKenzie added: “Thanks to this BBSRC funding we will be able to use CRISPR genome editing of these switches to revolutionised our ability to understand the roles of these gene switches in maintaining a healthy appetite and alcohol intake in a way that was almost science fiction three years ago.”