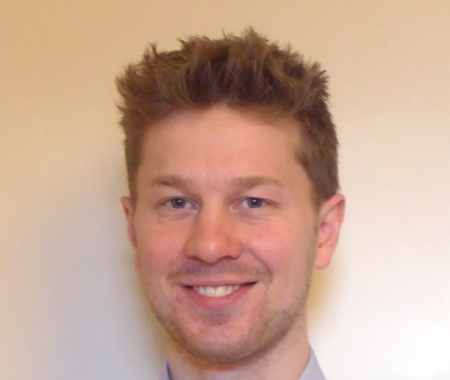 A University of Aberdeen student has been nominated as a finalist in a national green energy award for his work on environmental monitoring for offshore energy projects.

Shaun Fraser, a PhD student in the School of Engineering, has been named as a finalist in the Academic Award category of the Young Professionals Green Energy Awards 2017, which takes place at Glasgow Science Centre on May 25.

Shaun has developed an acoustic monitoring system for marine energy sites, which has the potential to improve current monitoring and speed up planning consents for green energy projects.

Monitoring of these sites has traditionally struggled with overlapping acoustic interference from different sources, from marine wildlife to ocean turbulence, as well as the impact of existing infrastructure such as wind turbines.

This has made it more difficult to detect and identify species such as fish, mammals, and diving seabirds, a key monitoring requirement for wave, tidal and wind energy projects.

It's great to receive this recognition at the end of my PhD for our work in marine renewable energy, and I'm very grateful for all the support I've had from friends and colleagues in the Schools of Engineering and Biological Sciences over the past few years" Shaun Fraser

By using innovative methods to overcome these competing distractions, Shaun has developed a system that provides a far clearer picture of the marine environment around existing or potential marine energy sites.  This means that planning consents for offshore green energy projects could potentially be arrived at far more quickly than is currently the case.

Shaun’s work has already featured in a host of scientific journals, and has won him a number of academic accolades. In addition, he has presented his work across the country and served as an enthusiastic ambassador for Scottish green energy science at major international conferences.

Commenting on his nomination, he said: “I’m delighted to have been shortlisted as a finalist in the Young Processionals Green Energy Awards.

“It’s great to receive this recognition at the end of my PhD for our work in marine renewable energy, and I’m very grateful for all the support I’ve had from friends and colleagues in the Schools of Engineering and Biological Sciences over the past few years.”