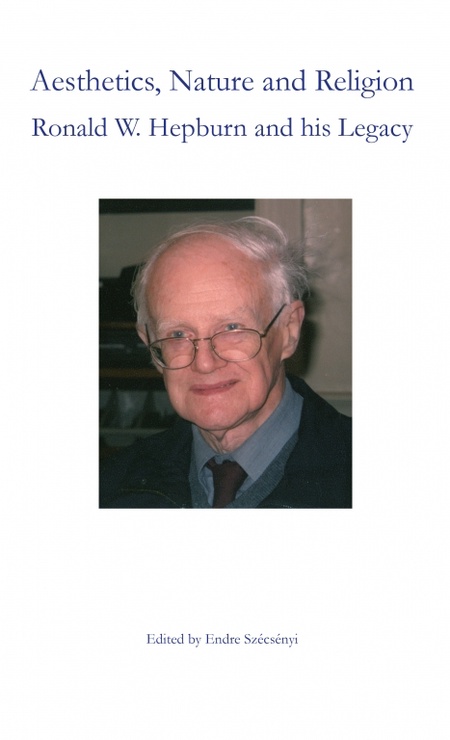 Edited by Endre Szécsényi, 'Aesthetics, Nature and Religion: Ronald W. Hepburn and His Legacy' draws on a 2018 symposium held in the Research Institute of Irish and Scottish Studies at the University of Aberdeen to commemorate the tenth anniversary of the death of Ronald W. Hepburn.

Ronald Hepburn's philosophical interests ranged from theology and the philosophy of religion through moral philosophy and the philosophy of education to art theory and aesthetics. ‘Taken over his career – as Stephen Watt writes – Hepburn’s work represents an impressive exploration of what remains after the abandonment of a theistic worldview. His work has been seminal in the development of environmental philosophy and in extending the understanding of aesthetics beyond the experience of the art object.’ Indeed, he has widely been considered ‘the founder of the discipline’ of the environmental and everyday aesthetics, based on his papers of the 1960s in which he pioneered these aesthetic approaches.

The speakers at this symposium – Arnar Árnason, Guy Bennett-Hunter, Pauline von Bonsdorff, Isis Brook, David E. Cooper, Cairns Craig, Douglas Hedley, James MacAllister, Michael McGhee, Fran Speed and Endre Szécsényi – discussed Hepburn’s oeuvre from several perspectives. The revised versions of their papers has been supplemented by the contributions of other scholars who were unable to attend the symposium and includes an essay by Mary Warnock. This book contains these papers, originally published in a double special issue of the Journal of Scottish Thought, vols. 10–11 (2018–2019).

This book can be purchased for £30 (postage extra) by contacting AUP at aup@abdn.ac.uk

Is the Sacred Older than the Gods?
Guy Bennett-Hunter

The Voice of Cordelian Ethics: Imagination and the Loss of Religion
Michael McGhee

‘Vitality with Repose’: Reflections on the Romantic-Neo-Platonic Legacy in Hepburn’s Aesthetics
Douglas Hedley

‘Pleasing Wonder and profound Awe’: On the Sublime
Endre Szécsényi

Nature, Identity and Meaning: The Humanising of Nature and the Naturising of the Human Subject
Fran Speed

Ronald W. Hepburn on Wonder and the Education of Emotions and Subjectivity
James MacAllister

Wonder and the Everyday: Hepburnian Considerations and Beyond
Arto Haapala