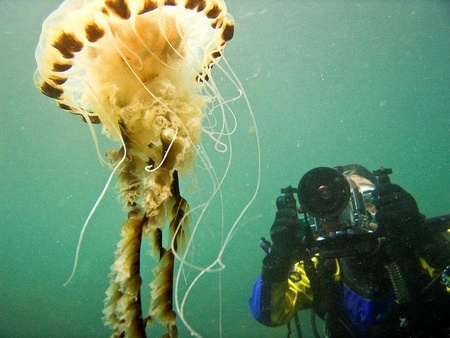 Designation of marine protected areas (MPAs) in England, Wales and Scotland would be worth a one-off value of £0.92 – 1.93 billion to recreational users, says a new interim report of the UK National Ecosystem Assessment, based on research led by the University of Aberdeen.

These values would further increase if MPAs would put significant restrictions on commercial fisheries.

The research also estimated the current recreational value of MPAs to lie between £148 - 248 million for divers and £1.86 – 3.38 billion for anglers per year, although there is considerable uncertainty around these recreational figures, because it is difficult to precisely estimate how often divers and anglers visit each of the 151 proposed areas examined in the study. There are 1-2 million sea anglers and around 200,000 divers in the UK.

The study also compared the value of conservation to the projected costs associated with English Marine Conservation Zones, and found that the economic benefits to society of designating 127 zones were likely to outweigh the costs, even without accounting for the potential benefits to other recreational users. Benefits would depend on most areas remaining open to diving and angling.

Researchers asked 1,683 divers and sea anglers how much they would be willing to give as a one-off donation for the protection of a wide range of different marine habitats, such as mussel and flame shell beds, corals, kelp and tide swept channels. Participants were also asked about 40 vulnerable and rare species found in UK waters, from stalked jellyfish to gooseneck barnacles and spiny lobsters to basking sharks.

Besides looking at the economic value of marine conservation, researchers also looked at non-monetary values, including the health, therapeutic, spiritual and social benefits of diving and angling of the marine sites. All sites were important to some degree for these benefits, while Scottish sites scored highest.

“This study clearly demonstrates how important these potential marine conservation areas are for divers and sea anglers,” said Jasper Kenter, from the School of Biological Sciences at the University of Aberdeen, who led the project.

“The way that divers and anglers relate to these places goes much deeper than just recreation. It an experience that is important on so many levels: physical health, stress relief, engagement and connection with nature, beauty, a sense of wonder. It is these profound bonds that makes divers and anglers very concerned about the future of these special places.”

The survey was conducted by researchers from the Universities of Aberdeen, Aberystwyth, De Montfort, and Birmingham City, and the James Hutton Institute, in partnership with the Marine Conservation Society, the Angling Trust and the British Sub Aqua Club (BSAC). It formed the first stage of a broader study on shared and cultural values of nature, which is due to be published in March 2014 as part of a large-scale follow-on report to the National Ecosystem Assessment (NEA).

The report, including headline results and an executive summary, is available on http://uknea.unep-wcmc.org/Resources/tabid/82/Default.aspx