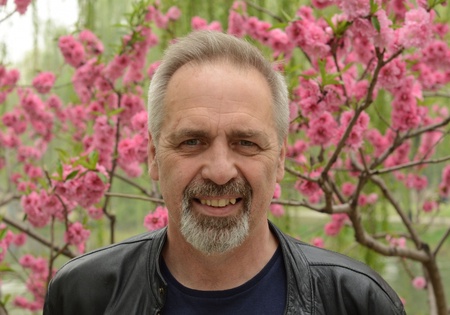 A University of Aberdeen professor who is the world's leading expert in animal energy expenditure has been elected to The Royal Society - one of the 50 most eminent scientists from across the UK and Commonwealth recognised with the honour in 2018.

Founded in 1663, The Royal Society is the oldest National Science Academy in the world and currently has 1600 Fellows elected for their contributions in science, engineering and technology.

Each year up to 52 Fellows and up to 10 Foreign Members are elected from a group of around 700 candidates who are proposed by the existing Fellowship.

Professor Speakman has been recognised by the Royal Society as ‘the world’s leading expert in animal energy expenditure’ with his work providing key insights into fields as far ranging as ageing, obesity, mathematics and evolution.

Over the last 350 years only 8000 scientists have ever been elected to the Fellowship, and previous Fellows include famous scientists such as Isaac Newton, Charles Darwin, Albert Einstein and Stephen Hawking.

Professor Speakman, from the Institute of Biological and Environmental Sciences, at the University of Aberdeen also works at the Chinese Academy of Sciences in Beijing and his work concerns energy balance in animals and humans and its many consequences.

He has published over 500 peer reviewed scientific papers and four books. Speakman explained that “Energy use is a fundamental aspect of everything that animals do, and is consequently an important unifying currency by which we can understand many aspects of animal behavior and physiology”. In the 1980s and 1990s Speakman was instrumental in expanding the use and development of a method for quantifying the amount of energy that animal and humans expend in their daily lives.

He has applied this method in collaboration with many researchers around the world to measure the energy requirements of a diversity of animals including African wild dogs, cheetah, mole rats, lemurs, echidna, giant pandas and many other less exotic animals. This work in comparative biology has led to fundamental insights in our understanding of what factors limit animal performance: in particular the role played by the ability to dissipate body heat.

He has also been instrumental in advancing our understanding of the evolutionary background to the obesity epidemic and the role of energy balance in the process of ageing – including studies into the fundamental mechanisms underpinning the actions of calorie restriction.

Professor Speakman said that it was a special honour to be elected to the Royal Society and he was extremely grateful to his peers and nominators for recognising his work. “It has been lots of hard work,” he said, “but I have also been very lucky to have had several extremely good mentors during my career. In particular, Professor David Bryant who was my doctoral supervisor, and who introduced me to the field of energy balance, and Professor Paul Racey who was my post-doc mentor and gave me the opportunity to set up an independent research group as a young lecturer in Aberdeen. Plus none of this would have been possible without the amazing support of my wife and family.”

Professor Sir Ian Diamond, Principal and Vice-Chancellor of the University, added: “I would like to take this opportunity to congratulate Professor Speakman on receiving this honour.

“He is a leader in his field and has helped to further Aberdeen’s international collaborations. I am delighted that he has been recognised by the Royal Society.”

Venki Ramakrishnan, President of the Royal Society, said: “Our Fellows are key to the Royal Society’s fundamental purpose of using science for the benefit of humanity. From Norwich to Melbourne to Ethiopia, this year’s newly elected Fellows and Foreign Members of the Royal Society are testament that science is a global endeavour and excellent ideas transcend borders. We also recognise the cutting edge innovation taking place across industry, with many of this year’s Fellows coming from the thriving tech industry. For their outstanding contributions to research and innovation, both now and in the future, it gives me great pleasure to welcome the world’s best scientists into the ranks of the Royal Society.”