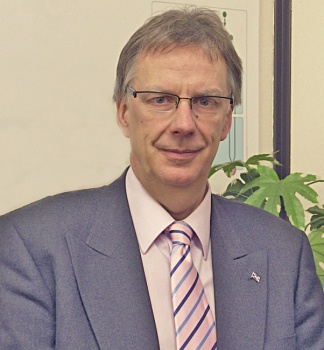 The Rowett Institute of Nutrition and Health has been working at the frontiers of nutrition science for over 100 years. In the 20th century, the Rowett played a major role in establishing the link between diet and health.

In the 21st century the Rowett continues its research, addressing the ever changing national and global challenges around diet-related health and food security.

The Institute continues to be at the forefront of UK, European and International research in nutrition and human health and by adopting a flexible and innovative approach it has successfully anticipated and responded to the changing needs of society and industry.

Throughout its 100 years, successive Directors at the Rowett have also held true to the belief that the research must not only be of the highest scientific quality but must also be relevant to the changing needs of government, the public and commerce. This belief is perhaps best illustrated in the different ways in which research from the Rowett, has across the years, been taken up across industry.

Dr Alan Rowe, food and drink industry specialist at the Rowett, explains: “Pioneering work by Sir John Boyd Orr, the founding Director of the Rowett Institute, in the 1920s demonstrated the health benefits of milk for children. His work led directly to the introduction across the UK of free school milk, only withdrawn in the 1980’s by the late Margaret Thatcher. Importantly in addition to the associated public health benefits, Boyd Orr was able to help rescue the UK dairy industry which at the time was heading for terminal decline.”

In the aftermath of World War Two, the Institute responded to new concerns over food security and the requirements of increased food supply as the country returned to peacetime. Britain needed to look to economic recovery but faced a major shift in labour from rural to manufacturing economies as well as an increased demand for food.  Work carried out at the Rowett on the nutritional requirements of cattle and sheep led to an understanding of the optimum way to manage livestock with reduced labour and using sustainably sourced ingredients. This led to new guidelines for farmers, often known as the ‘Rowett barley-beef regime’, which were taken up and used by farmers widely across the UK and further afield.

Dr Rowe continued: “In modern times the Institute continues to ensure that its work remains relevant to and is taken up by industry.

“Research at the Rowett has shown that diets with increased high protein and mixed carbohydrates diets can help in sustained weight loss.  Working with Marks and Spencer by providing high level scientific support helped them develop a new product range based around this. In January 2010 the Simply Fuller Longer™ (SFL) range of protein enriched, calorie counted meals and snacks were launched by the company and quickly established itself as market leader across the UK.  Rowett scientists continue their research to better understand the role of protein and indeed as part of this have looked at the efficacy of the SFL range in overweight and obese men and women.”

Working so closely with industry has benefits for both sides, and working together reaps positives for everyone involved.

Dr Rowe explains: “Knowledge transfer is certainly not a one way phenomenon. In 2008 Rowett scientists needed to access specialist expertise to produce experimental breads for use in research on the health benefits of oats. In order to do this we looked to local ingredient company Macphies of Glenbervie Ltd and to Inverurie based bakers J G Ross Ltd for help.

“Working together and sharing expertise, the combined team was not only able to solve Rowett’s short term need for a specialist test bread but also created  ‘Garioch Oatbread’, the popular specialist bread which can now be found in shops across the north east and further afield.”

The Rowett has also helped create new companies. In recent years it has developed five spin out companies from its research. All these companies continue to have a presence in Aberdeen, contributing to the local economy, attracting investment and raising the profile of the region internationally.

These spin-out companies continue the tradition of linking top quality research with practical relevance and in 2009, the Rowett’s first spin-out project, Provexis plc, beat off major competition when its natural food ingredient Fruitflow ™, which helps blood flow, became the first product to be approved by the European Food Standards Agency (EFSA) as having a clinically proven health benefit.

Relevance to local companies remains a top priority and in addition to working directly with companies across the north east to share expertise and experience, the Rowett is also home to a number of major national initiatives such as the Food and Health Innovation Service and Interface Food and Drink.

The Rowett remains committed to supporting the North East economy and it continues to be a long term supporter and sponsor of the Grampian Food Forum Innovation Awards, which celebrate the richness and diversity of what the region has to offer.

The Forum’s annual award ceremony was held at the Marcliffe Hotel and Spa on March 21, with the Rowett sponsoring the prestigious ‘Commitment to Healthy Eating Award.’ In what was an extremely competitive category, Plenta Foods Limited was named the winner for its, pioneering range of tasty, nutritious and gluten-free foods.

Dr Rowe said: “This year the judges were looking for something more than simply an innovative product and so we were delighted to give the award to Plenta Foods Limited, a young company that has demonstrated - through its innovative products and approaches to business - a genuine passion and commitment to healthy eating in everything it does.”

Working with industry is clearly hugely important to the organisation, and as the Rowett Institute of Nutrition and Health enters its second century its commitment to the north east economy, to helping companies of all sizes and to successfully combining top quality research with commercial relevance, remains unabated.