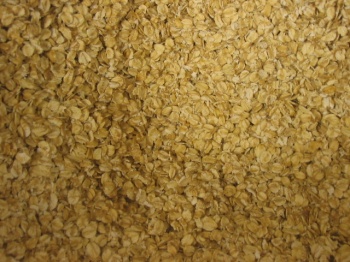 In the 100 years since its formation, the Rowett Institute of Nutrition and Health has led the way in nutrition research. One study which is currently underway is investigating the health benefits of the traditional Scottish staple, oats.

In the 100 years since its formation, the Rowett Institute of Nutrition and Health has led the way in nutrition research.

Over the years, the Institute has conducted many studies that have heavily influenced the food we put on our plates, and our understanding of how it affects us.

One study which is currently underway is investigating the health benefits of the traditional Scottish staple, oats.

Dr Karen Scott is one of the scientists from the University of Aberdeen’s Rowett Institute of Nutrition and Health who is investigating if oats and barley grown in the cold temperatures experienced in the North of the UK are better at protecting the body against heart disease.

She said: “From our previous work, we know that whole grains like oats and barley are good for our health - both of these crops contain a specific carbohydrate called beta-glucan which has been shown to lower cholesterol.

“Our study is investigating whether certain growing environments optimise the nutritional benefits of these crops, and if specific varieties are actually even better for us than others.”

Dr Frank Thies, Senior Lecturer in Human Nutrition at the University of Aberdeen, who is leading the related human intervention study said:  “Our study will compare the effects of two different diets, one high in oats and one oat-free, on blood pressure, the activity and composition of gut bacteria, as well as on levels of cholesterol, sugar and other chemicals in the blood.

“We want to see if oats are indeed making a difference to the health of the gut and confirm that they help to reduce blood pressure and therefore the risk of heart attacks.  We will also examine whether different varieties of the crop have different health benefits.”

Oats and barley grown in Orkney are currently under the spotlight, and are being compared with the same varieties of crops grown in Dundee and Aberystwyth in Wales.

Dr Scott continued: “We believe that the colder temperatures experienced in more northerly parts of the UK may enhance the nutritional values in oats and also barley.

“The reasoning behind this is linked to molecules called lipids – which these crops contain more of, than other cereals.

“These molecules become saturated or unsaturated during the growth cycle depending on the conditions under which the crops are grown.

“Having more unsaturated lipids in our foods is better for our health, as when ingested these lipids lower levels of the bad cholesterol in our bodies, which otherwise could lead to the development of cardiovascular disease.

The human study has already started, but the team are still looking for more volunteers aged between 40 to 65 who would have to alter their diet slightly for 16 weeks. People will have to consume either only refined food – like white bread and white rice but not wholegrain food - or consume a diet high in oats.

The oat diet would involve consuming oat-based foods including porridge and oat bread and oatcakes. Bread, breakfast cereals, oatcakes and other biscuits, will be provided to all the volunteers who will also receive recipe ideas.

Volunteers are required to attend five appointments at the Rowett where their weight and blood pressure would be checked and blood and stool samples would be collected.

The five year study is part of several Scottish Government funded projects being undertaken at the Rowett Institute investigating the potential health benefits of Scottish produce.