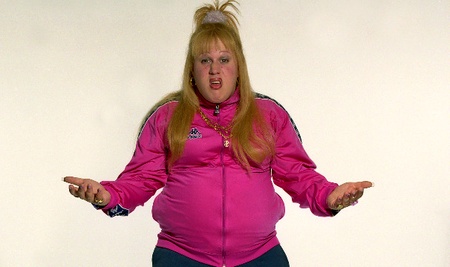 The High Court decision in Miller (the ‘Brexit case’) was essentially a public law case.  The judgment (PDF) addresses the question of whether the royal prerogative can be exercised to repeal vested statutory rights.  As is well known, the Court found in the negative.  In the Court’s view, therefore, notice of the UK’s intention to withdraw from the European Union requires parliamentary consent.

But the judgment turns on a question of EU law, namely whether revocation of notice of intention to withdraw from the EU is possible.  Here too the Court found in the negative.  Both the claimants and government were of the view that once notice is given under Article 50 TEU (http://www.lisbon-treaty.org/wcm/the-lisbon-treaty/traty-on-European-union-and-comments/title-6-final-provisions/137-article-50.html), that notice is irrevocable. In other words, once the UK notifies the European Council that it wishes to withdraw, the UK cannot change its mind and withdraw notification.  Rights derived from the European Communities Act 1972 will be repealed whether Parliament consents or otherwise.

But is the Court correct in its findings regarding Article 50 TEU?  If it is not, its public law findings rest on a false premise and are therefore potentially unfounded.

1) Any Member State may decide to withdraw from the Union in accordance with its own constitutional requirements.

2) A Member State which decides to withdraw shall notify the European Council of its intention. In the light of the guidelines provided by the European Council, the Union shall negotiate and conclude an agreement with that State, setting out the arrangements for its withdrawal, taking account of the framework for its future relationship with the Union. That agreement shall be negotiated in accordance with Article 218(3) of the Treaty on the Functioning of the European Union. It shall be concluded on behalf of the Union by the Council, acting by a qualified majority, after obtaining the consent of the European Parliament.

3) The Treaties shall cease to apply to the State in question from the date of entry into force of the withdrawal agreement or, failing that, two years after the notification referred to in paragraph 2, unless the European Council, in agreement with the Member State concerned, unanimously decides to extend this period.

A qualified majority shall be defined in accordance with Article 238(3)(b) of the Treaty on the Functioning of the European Union.

5) If a State which has withdrawn from the Union asks to rejoin, its request shall be subject to the procedure referred to in Article 49.

There is nothing in that article which addresses the question of a change of mind (or heart, as the case may be).  Once Article 50 is invoked, it seems, the process of withdrawal is inexorable.

The High court was correct in its findings, or so it appears at first blush.  Surely if the Member States wished the Treaty to provide for revocation of notice under Article 50, they would have done so.  What is more, if the withdrawing Member State were at liberty unilaterally to revoke its notification of withdrawal from the Union, this would have the practical effect of enabling that State unilaterally to extend the two-year period for withdrawal.  It could revoke notice and start the two-year period afresh at a later date of its own choosing.  Surely, then, unilateral revocation of notice is not allowed.

It appears, therefore, that the High Court was not entirely correct in its findings.  The basic premise that Article 50 is irrevocable is not unimpeachable.  But it does not follow that the rest of the Court’s reasoning is wrong.  The public law reasoning concerns the potential usurpation by government of Parliament’s sovereign right to retain or repeal rights conferred by the European Communities Act 1972.  The power to revoke notification under Article 50 does not reside in the sovereign Parliament of the United Kingdom.  Instead it resides with every other Member State of the Union.  Malta, for the sake of the argument, could choose whether rights conferred on British citizens by the European Communities Act 1972 are to be repealed.

The High Court’s findings are therefore unaffected by the potential flaw in its (and the parties’) reasoning.  If the Court is correct in its reasoning as to the public law question, the judgment remains sound notwithstanding the potential flaw in the interpretation of Art 50 TEU.  Any notification by government of the UK’s intention to withdraw from the European Union divests Parliament of its right to retain or repeal rights conferred by the European Communities Act 1972.

Prof Steve Peers argues, persuasively it is submitted, that the question of revocability of Article 50 is not settled.  Indeed, contrary to the High Court’s ruling and to my own reasoning above, Lord Kerr, the author of Article 50, argues that unilateral revocation of notice is possible. Where there is a question as to the interpretation of EU law, Article 267 TFEU requires a supreme court of a Member State (and the Supreme Court of the United Kingdom still plays that role) to seek interpretative guidance from the Court of Justice of the European Union. If the Supreme Court fails to refer the question, the United Kingdom could be liable to damages under the Kobler doctrine.

There could yet, therefore, be many twists in the tale of Brexit.  All that is certain at this juncture, is that we cannot be quite certain of the meaning of Brexit (means Brexit).