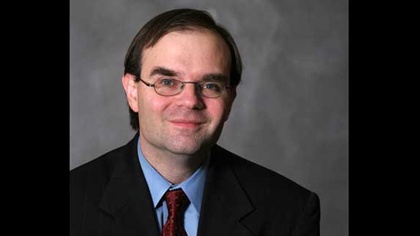 Loch Lomond. Loch Ness. Scone (and the Palace of Scone). These are real places, all within a few hours’ drive of Aberdeen, Scotland, which in turn is the location of the annual (since 1987) law school summer abroad program. In summer 2018 I visited all those locations and more, including Holyrood Palace & Edinburgh Castle in Edinburgh, Stirling & Dunnottar Castles of Braveheart’s William Wallace and  Robert the Bruce (who also appeared in Braveheart & had his own biopic The Bruce) and other beautiful and even exotic sites in the Scottish Highlands and seacoast. 2018 program students ventured further in summer 2018, traveling by plane or train to places within a few hours (or even an hour) of Aberdeen. Places like London, Dublin, Amsterdam, France, and Barcelona.

The University of Aberdeen has always been the generous and gracious host of the program.  Its faculty and staff not only were as hospitable as ever – for example, with the traditional tea, coffee & “biscuits” (cookies) provided on every class day – they arranged an extraordinary number of impressive events.  A reception at the U.S. Consulate in Edinburgh during the week of President Trump’s visit to Scotland, where the Principal Officer made her final public address to the group prior to her transfer to the State Department in D.C.; a tour of “Parliament House,” home of Scotland’s highest courts, which included viewing court proceedings; more opportunities to view trial court proceedings in Aberdeen itself; a tour of the Scottish Parliament itself; an on-campus reception with and speech (about recent developments on the law of murder) by Lord Pentland, a judge of the Supreme Courts of Scotland and current Chair of the Scottish Law Commission; an on-campus lunch presentation by Queen’s Counsel Lisa Henderson, one of the leading appellate and personal injury advocates in Scotland; a visit to and discussions with lawyers with one of the leading energy law firms in Scotland and the world; and more.

When all of the above was not going on, the 2018 program earned 3 credits each in Comparative Torts and Property courses, in a dozen class sessions that were all completed by 1:30 in the afternoon. On class days the students could usually spend the remainder of the afternoon and evening (in a location when in July it does not get dark until after 9:30 pm) to do whatever they wished.  That could include a visit to Aberdeen’s own beach and “esplanade,” or to any one of a number of nearby castles (including Balmoral, where Queen Elizabeth II and other members of the royal family spend much of their summers), or to play at or visit one or more of the area’s legendary golf courses, or make a short train trip to join tourists from all over the world to enjoy the exciting cities of Edinburgh (including during the world-famous Fringe arts festival) and/or Glasgow.