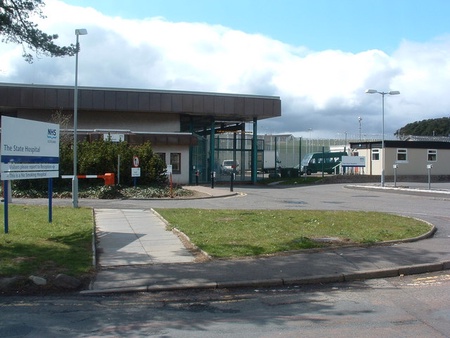 In January, I was invited to the Court of Session by solicitors from the NHS Central Legal Office to watch three different legal cases. One of these cases involved two patients in psychiatric hospitals challenging smoking bans as breaches of their human rights. Afterwards, I wrote an article on this which was published in Issue 2 of the 2018 Juridical Review, the law journal of the Scottish universities.

In 2013, the Scottish Government was concerned by the World Health Organization statistic that 603,000 people worldwide die each year from conditions caused by passive smoking, and so laid out plans to create a tobacco-free generation of Scots by 2034. The case that I saw, A v NHS Greater Glasgow and Clyde Health Board, is a setback to these plans. I believe that this issue should be addressed by the Scottish Government.

To understand A, it is important to know about the earlier case of McCann v State Hospitals Board for Scotland. McCann was a patient in the State Hospital (also known as Carstairs), a high security psychiatric hospital for around 140 patients. As reported in The Herald, in December 2011 the hospital banned smoking completely. The ban meant that patients could not smoke indoors, on hospital grounds, or even on home visits. The ban also allowed the staff to search patients and visitors for tobacco, lighters, and e-cigarettes, and confiscate them.

McCann challenged the ban in court. He said that it was unlawful as it violated his right to respect for his private life, under Article 8 of the European Convention of Human Rights. He also argued that it discriminated against him and that the hospital had not considered their legal obligation to provide the minimum necessary restriction on the freedom of the patient, which I shall call the s1(4) obligation, as it is section 1(4) of the Mental Health (Care and Treatment) (Scotland) Act 2003 which creates this obligation.

This case reached the Supreme Court of the United Kingdom, which came to a unanimous ruling that partly agreed with McCann and partly agreed with the hospital. The judges said that the ban on smoking itself was not a breach of McCann’s human rights, but the searches and confiscations which the staff were carrying out were, and so were illegal. This was because the hospital had not followed the s1(4) obligation.

Some important points from McCann are that the Supreme Court did uphold the smoking ban, agreeing that the aim of protecting the heath of the patients and staff was valid. The court disagreed with McCann’s discrimination claim, deciding that it was merely a matter of timing, as the Scottish Government was committed to introducing similar bans to all NHS institutions. Finally, the Supreme Court made the curious observation that the searches and confiscations would have been lawful if the hospital had followed the s1(4) obligation. This observation is curious as it is not clear whether it would have been possible to create a system of searches and confiscations while properly following s1(4). The hospital had not attempted a smoking ban without these searches and confiscations.

A v NHS Greater Glasgow and Clyde Health Board

McCann started his case against the State Hospital in March 2012 and the Supreme Court made its ruling in April 2017. However, in these 5 years, life moved on for McCann. In March 2014, he was moved to a medium security unit in Glasgow called the Rowanbank Clinic. He could smoke again until October 2015, when the NHS Greater Glasgow and Clyde Health Board also introduced a smoking ban. McCann raised more court proceedings to challenge this ban, being joined by another at Leverndale Hospital, a low security psychiatric hospital within the same health board. This case was put on hold until McCann was decided.

After the Supreme Court ruling, the patients could keep tobacco but were not allowed to keep 'sources of ignition' such as lighters. The Health Board argued that the ban on lighters was necessary for security purposes and was carried out in the same way as bans on alcohol and glass bottles.

The two patients bringing the case argued that this was illegal on the same grounds as the searches and confiscation of tobacco products at the State Hospital. They also attempted to argue again that the smoking ban was a breach of their human rights, claiming the Supreme Court ruling only applied to the State Hospital.

The patients raised a couple of new arguments in A, which I believe could also have been argued in McCann. First, they referred to policy documents (see here(paragraph 90), here (paragraphs 94,97, and 100) and here (paragraph 36 on page 21, and page 81) to show that members of the Scottish Parliament and Scottish Government had said that it would be appropriate for psychiatric hospitals to be left out of public place smoking bans. They also showed that the Health Board had gone further than was required of them by the Scottish Government's plans. This argument was dismissed by Lady Carmichael, the judge, who essentially stated that the decision could not be challenged just because it went above and beyond the Scottish Government’s plans. The discrimination argument was fleshed out and given more attention, bringing in the Health Board's responsibilities under the Equality Act 2010 and associated regulations.

However, Lady Carmichael felt bound by the Supreme Court decision in McCann and ruled similarly. The smoking ban itself was lawful but the lighter ban was not.

It appears to be settled that smoking bans in hospitals are not an illegal breach of the human rights of patients. However, ways of enforcing the ban have been struck down repeatedly by the courts. The current state of the law does not provide enough authority for effective enforcement, with Health Boards having to rely on guidance from policy documents. This area of law would benefit from new regulations being introduced by the Scottish Government specifically addressing this issue. This is especially important given their intention (detailed here and reported on the BBC here) to extend smoking bans to prisons, where enforcing a smoking ban may be even more difficult than in a psychiatric hospital.

(Credit to Alan Stewart for the photo)