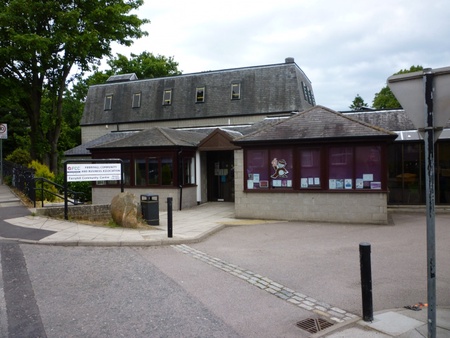 With Scotland’s new tribunals structure now progressively coming into operation, lawyers and other interested parties might do well to start updating their internet browser favourites so as to keep up to date with the latest news.

In relation to the Housing and Property Chamber, the Housing (Scotland) Act 2014 (asp 14) transferred the sheriff’s jurisdiction in relation to regulated and assured tenancies to the First–tier Tribunal for Scotland, except in relation to criminal offences. Regulated and assured tenancies were the statutory regimes that existed for residential leasing in Scotland, before the introduction of Private Residential Tenancies by the Private Housing (Tenancies) (Scotland) Act 2016 (asp 19). These Private Residential Tenancies also fall within the jurisdiction of the new tribunals structure (2016 Act, s. 71).  The statutory change of jurisdiction became effective on 1 December 2017.  Further information in respect of the new chamber is to be found in the Housing and Property Chamber (First-tier Tribunal for Scotland (Chambers) Regulations 2016 (SSI 2016/341) reg. 2(b).

The Housing and Property Chamber also takes over the functions of the old Private Rented Housing Panel and the Homeowner Housing Panel.

Up to now, and perhaps for a short transitional time to come, the ‘Search Judgments’ tab in the Scottish Courts website has been the entry point for the latest residential property related judgments in the Sheriff Court and Sheriff Appeal Court. Going forward, practitioners and other interested parties will have to look in the Tribunal Pages.

The general website for the First-tier Tribunal Housing and Property Chamber is at https://www.housingandpropertychamber.scot/. Note the ‘decisions’ link and the forthcoming ‘hearings’ link. Hearings are now taking place regularly, both within the Tribunals Centre in Glasgow and in community centres and municipal buildings across Scotland.

In respect of the Upper Tribunal’s appellate jurisdiction, decisions on appeals are beginning to appear. See https://www.scotcourts.gov.uk/the-courts/tribunal-locations/the-upper-tribunal-for-scotland.

While under the Housing (Scotland) Act 1988 tenancy regime relatively few cases troubled the Sheriff Courts (due to the fact that the overwhelming majority of 1988 Act tenancies were Short Assured Tenancies, which, properly terminated, deprived the tenants of security of tenure and gave rise to mandatory possession), there is far more scope for defended possession actions in respect of Private Residential Tenancies under the Private Housing (Tenancies) (Scotland) Act 2016.  For this and for many other reasons the decisions under the new tribunals structure will be worth keeping an eye on, and the tribunals web pages are worth regular periodic browsing in the same way as the Scottish Courts website judgments section is worth a monthly or more frequent visit. In fact, it is now essential to keep an eye on both websites, as the Tribunals-related jurisdiction reforms do not affect the sheriff’s jurisdiction in relation to Scottish Secure Tenancies and Short Scottish Secure Tenancies under the Housing (Scotland) Act 2001; and the jurisdiction of the First-tier Tribunal only catches those classes of private residential tenancies that are identified in Part 3 of the Housing (Scotland) Act 2014 and s.71 of the Private Housing (Tenancies) (Scotland) Act 2016. Extensive though this ‘transferred jurisdiction’ list may be it is not absolutely comprehensive, and there will be situations in which private residential renting arrangements will not fall within the transferred jurisdiction of the 2014 and 2016 Acts. This situation is reminiscent of the position in relation to landlords’ obligations and tenants’ remedies in relation to habitability and repairs, which differ between the private residential and social rented sectors.

It is worth noting that, while sheriffs sit alone, the First-tier Tribunal for Scotland may consist of a legal member, or a legal member and one ordinary member, or a legal member with two ordinary members as per the First-tier Tribunal for Scotland Housing and Property Chamber and Upper Tribunal for Scotland (Composition) Regulations 2016 (SSI 2016/340 reg. 2) (the differing configurations allowing, perhaps, for procedural matters to be dealt with expeditiously by a legal member, with specialist ‘non legal member’ skills for technical matters and greater non-legal input in relation to matters where there is an element of discretion or a question of reasonableness). Thus, a new judicial forum will be interpreting a new statutory tenancy regime, in new locations throughout Scotland, with scope for a significant lay member input into the development of the law.

Mitch and Douglas are hoping to be able to sit in on some of the new-regime tribunal hearings over the summer and autumn with a view to writing a follow-up blog post.