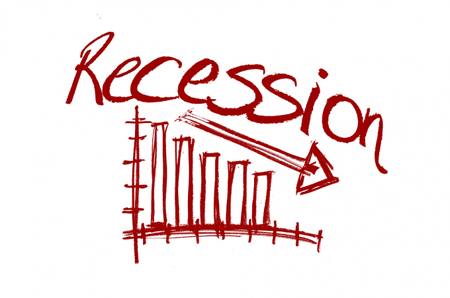 Chike Jude Emedosi is a current research student whose work seeks to examine the different legal solutions available for creating security interests for securitisations in England, Scotland, and France. Here he talks about the history of financial crises.

Financial crisis has been an unfortunate part of financial history. It dates back to at least 33 AD when Emperor Tiberius was forced to pump 100 million sesterces into the Roman financial markets to avoid a financial panic.A later notable crisis was the credit crunch of 1294 when Ricciardi of Lucca – bankers to the English Crown – could not raise money from their fellow merchant societies to fund King Edward I’s armies during war between England and France. Some of the Ricciardi internal letters stated that: “everyone to whom we owed money ran to us and wanted to be paid, and because of this we were held very tight everywhere..., it seems that money has disappeared.” (See R W Kaeuper, “Bankers to the Crown: the Riccardi of Lucca and Edward I” (Princeton, 1973) 228-9.) There have, of course, been many financial crises since then. Examples include: the panics of 1837/39, 1873, 1907, 1914, and 1962; the Great Depression of 1929; the Latin American sovereign debt crisis of 1982; the collapse of the savings and loan industry in the United States (US) throughout the 1980s and early 1990s; the Asian crisis of 1997-1998; the dotcom bubble of 1999-2000; the global financial crisis of 2007-2009; and the subsequent Eurozone sovereign debt crisis of 2011-2014.

Past Financial Crises and their Underlying Causes

Although every financial crisis is unique, with distinct elements, there are some underlying causes common to most of the financial crises we have seen in modern times. Firstly, financial crises are largely preceded by accommodative monetary policies and asset-price boom. Secondly, the boom is followed by increased borrowing and excessive risk-taking. And, lastly, the boom turns to bust, leading to a free fall of asset value, high default rates, and disruptions in the financial system. These conditions are generally known as financial cycles. They were evident in the Great Depression of 1929. The period after World War I  observed an era of global optimism and expansion. As a result, new industries and manufacturing processes led to economic prosperity in the US. The availability of cheap credit and increasing stock prices led many investors to buy overpriced stocks on margin. Between 1925 and 1929, the value of common stocks was stated to have risen by 120%. By 1929, the boom had grown to the bubble point and a slowdown became unavoidable. The stock market crash on Black Tuesday, 29 October 1929, marked the beginning of the bust. The crash made the overleveraged investors incur heavy losses on their investments. What followed was one of the highest default rates in history, which, in turn, led to bank and business failures, an increasing rate of unemployment, and eventual economic depression in the US (and elsewhere).

These underlying causes were also evident in the recent global financial crisis of 2007/2008 (GFC). In the wake of the dotcom bust in the early 2000s, the Chairman of the US Fed, Alan Greenspan, lowered interest rates in order to keep the economy strong. This created cheap credit and easy borrowing for banks and investors. It also coincided with the then evolving policy of increased home ownership in the US. These accommodative monetary and housing policies fuelled a boom in the US credit and housing markets. Between 1995 and April 2006, according to The Financial Crisis Inquiry Report, average home prices in the US rose by 127%. Housing prices began to decline towards the end of 2006 and default rates began to rise. The falling home prices and rising default rates also meant that many banks had huge balance sheet losses. This would later trigger the global credit contraction that turned into a full-scale solvency crisis in 2008, dragging the global financial system to the brink of the abyss.

The GFC revealed how financial markets have been subject to substantial changes in recent years. Factors such as technological changes, telecommunication evolution, innovation of complex financial products, and increased cross-border trade have created a global market system that is highly interlinked, interdependent, and prone to systemic risk. The growth of securitisation and credit default swaps has also increased the rate in which financial risks are distributed in a more systemic, less transparent, and more complex manner. Instead of the traditional originate-to-hold or purchase-to-hold model, banks and investors now have the option to invest in financial products with a view to selling or hedging them off for profits – which reduces the incentives to scrutinise and monitor the long-term performance of such products. As noted by Walker, financial markets have rapidly shifted from being bank and relationship based to trade and transaction based.

As the post-crisis regulatory reforms grapple with the financial risks that prevailed before the GFC, new risks are also evolving. For example, the central counterparty (CCP) framework is a post-crisis regulatory solution introduced to address the risks created by over-the-counter (OTC) derivatives – this has been identified by the The Financial Crisis Inquiry Report (at page xxiv) as one of the key causes of the GFC. The idea of the CCP framework is to move OTC derivatives from a hitherto unregulated and opaque system to a more transparent and controlled system by introducing reputable financial institutions as central counterparties. This regulatory solution is also expected to reduce counterparty credit risks since the CCPs take on the counterparty credit risks between market participants – which are comprised mainly of systemically important financial institutions. The new risk emerging from this structure is the concentration of risks within the CCPs, and the close interconnection of the CCPs with systemically important financial institutions. Given this interconnectedness and the concentration of risks within the CCPs, a failure of a CCP to absorb losses could potentially trigger a system-wide panic. Other new risks include those posed by the growing market for US leveraged loans and the evolution of financial technologies in the industry.

The foregoing is coupled with the fact that financial markets are naturally cyclical and inherently unstable. This is particularly so with the banking sector where deposit and lending functions are characterised by maturity mismatch – a discrepancy that arises when banks depend on short-term deposits from retail customers to fund long-term loans. Following the collapse of the Bretton Woods system of exchange in 1971, financial institutions have had to operate in an environment dominated by market, currency, and interest rate instability.

The recurrent nature of financial cycles, along with the instability inherent in financial markets and the increasing level of systemic risk, explains why future financial crises are inevitable.

The historic growth of global debt is also a cause for concern. According to a new report, global debt has grown by $102 trillion to reach $244 trillion since the GFC, amounting to more than three times the size of the global economy. China’s debt-driven growth is particularly of concern, with a total debt estimated to have exceeded 300% of its GDP in Q3 2018. Clearly, debt is both a cause and consequence of financial crisis, and remains a big reason for its continuance if it is unsustainable when compared to GDP growth.

The IMF, while advising regulators to remain humble and vigilant, concluded in chapter 2 of its Global Financial Stability Report (October 2018) that “no financial regulatory framework can or should aim to reduce the probability of crisis to zero…..” While future financial crisis may be unavoidable, its effects and costs can be contained. To achieve this in the current market system, financial regulation should be focused more on supervising the financial system as a whole, and not just limited to individual markets or nations. This will minimise the potential for risk externalities and systemic disruption.

Some macroprudential measures are already in place. These include institutional measures (like the Financial Stability Board, the UK’s Financial Policy Committee, the US’s Financial Services Oversight Counsel, and the EU’s European Systemic Risk Board) designed to monitor and reduce systemic risks both at national and international levels; capital measures (like the systemic risk buffer) designed to enhance the loss-absorbing capacity of global systemically important financial institutions – GSIFIs – as going concerns; and liability measures (like the Total Loss Absorbing Capacity – TLAC) designed to enhance the loss-absorbing capacity of GSIFIs as gone concerns. These existing macroprudential measures can, however, be strengthened. With global sovereign debts becoming a concern, as well as the growing “sovereign-bank nexus”, there is need for an increased cooperation and information sharing at the international level – especially with respect to sovereign risks.

Finally, as part of the agenda to mitigate the effect of future financial crises, governments through their central banks should always be prepared to provide appropriate liquidity support to prevent major systemic crises. This, however, must be done in such a manner as to limit the dangers of moral hazards on the part of financial institutions.