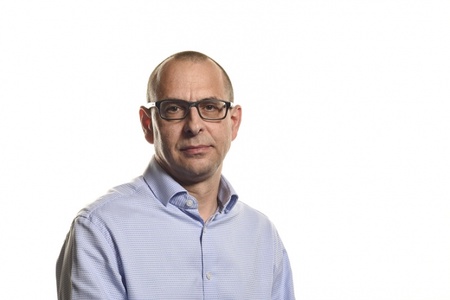 On 20 March 2019, in an almost unanimous vote, the European People's Party (EPP) suspended Viktor Orbán’s Fidesz, the ruling party of Hungary, for violating the EPP’s rules and values, including democracy and the rule of law. According to the Economist Intelligence Unit that compiles a democracy index every year since 2006 and scores 167 countries on a 0-10 scale, Hungary's score has fallen from 7.53 (2006) to an all-time low 6.63 in 2018.  However, the decline of democracy in Hungary is just part of a broader democratic regression. The average score of the 43 member states of the Council of Europe that are monitored by the Economist Intelligence Unit, for example, was 0.34 lower in 2018 than in 2006. The state of democracy has deteriorated in 33 of these 43 countries. Significant negative changes (more than 0.5 point) took place in 12 countries, while there were only two countries where the status of democracy has significantly improved during that period.  Other analysts concur. According to the Freedom House's report, Freedom in the World 2018, 2018 was the 12th consecutive year of decline in global freedom. According to the Freedom House that scores countries on a 0-100 scale, 31 member states of the Council of Europe have seen a decline in freedom in the last 12 years. There was a significant decline (more than 5 points) in 11 member states. The scores have fallen dramatically in Russia (-15), Azerbaijan (-21), Hungary (-21) and Turkey (-33).

My argument is based on the assumption that although providing remedies to individual victims of human rights violations is important in its own right, the European Court of Human Rights (ECtHR) is simply not in the position to give effective remedy to more than 800 million people without the contribution of the member states.  Therefore, the success of the European human rights regime depends on whether individual states have the incentive to cooperate, and whether the behaviour of recalcitrant states can be changed.

As Andrew Moravcsik has pointed out in an excellent paper, the differences between consolidated democracies, new democracies, and authoritarian regimes can account for how different countries acted during the negotiating history of the European Convention on Human Rights (ECHR) (A Moravcsik, ‘The Origins of Human Rights Regimes: Democratic Delegation in Postwar Europe’ (2000) 54 International Organization 217, 227). I suggest here that the explanatory power of his theory is not limited to the negotiating period of the ECHR but also applies, to some extent, to contemporary attitudes towards the ECtHR. In a nutshell, this theory suggests that new democracies have the strongest incentives to join an international human rights mechanism and to cooperate with such a system. It is important to understand why this is the case.

New democracies that aspire to be seen as countries that respect human rights consider consolidated democracies as a reference group. Since they aspire to become stable democracies, they feel cognitive and social pressure to respect human rights. The cognitive pressure comes from the fact that they want to minimise the dissonance between their actions and the image they want to portray about themselves. But they also want to avoid criticism, naming and shaming, and want to get positive feedback and public approval from the members of their reference group. The mechanism when someone conforms to the expectations and behaviour of others without fully internalising the values that create those expectations is called acculturation.  [R Goodman and G Jinks, Socializing States: Promoting Human Rights through International Law (2013) 27.] Acculturation is different from persuasion, as it implies only conformity to, but not necessarily a belief in the importance of those values. But acculturation is also different from tactical concession as it derives not from utilitarian calculation but from the identification with a certain reference group.

In the process of the third wave of democratisation, many new European democracies were eager to join the ECHR. They wanted to belong to the family of liberal democracies, identified with the members of their reference group, and by ratifying the ECHR made their commitments to human rights more credible.  The Strasbourg court has also contributed to how the citizens of these countries judged the reputation of their respective countries. The judgments of the Court have served as a shared point of reference by which the participants of the domestic political discourse assessed and criticised the actions of others and justified their own actions. To sum up, acculturation has had a pivotal role in the success of the European human rights system.

In some member states of the Council of Europe, such as Russia, Turkey and Hungary, the present crisis of democracy goes beyond the gradual erosion of institutions. These countries no longer identify with the core values of liberal democracies and do not treat them as a reference group. In Russia, there is a long intellectual tradition of defining Russian identity in contrast to the West.  Viktor Orbán, Hungary’s prime minister, pursues self-professedly illiberal policies and has made European institutions (often using Brussels as a shorthand for them) one of the targets of his criticism. Although these countries do not necessarily reject the general idea of human rights, they give human rights an idiosyncratic interpretation. They increasingly brand the Strasbourg court as part of a hostile liberal order that misunderstands and mistreats them. Orbán regularly makes derogatory remarks on human rights and considers them idealist theoretical constructions that are out of touch with the political reality. Both Russia and Hungary are hostile to human rights organisations, and stigmatise them as foreign-funded institutions, with the implication that they support foreign interests. My central claim is that since these countries do not aspire to be seen as liberal democracies, there is no longer cognitive pressure on them to act as one of them. They do not aspire to have a decent human rights record and the unfavourable decisions of the Court are not considered by them as failures. Such criticism does not undermine the domestic credibility of these governments; on the contrary, it strengthens the narrative according to which such criticism is considered, by definition, as hostile to the traditions, the values or the independence of the political community. Speaking to the members of the European Parliament,  Orbán claimed, for instance, that ‘You are not going to condemn a government but a country as well as a nation. You are going to denounce Hungary that has been a member of the family of Christian nations for a thousand years.' Poland’s reaction to the criticism of its judicial reforms has been strikingly similar.

The European human rights regime can identify systemic human rights violations but cannot coerce states into cooperation. Goodman and Jink have spoken about international human rights mechanisms, stating:  ‘Good faith participants in such regimes are generally unwilling or unable to shoulder the enforcement costs necessary to coerce recalcitrant states to comply with human rights norms.’ [R Goodman and D Jinks, ‘How to Influence States: Socialization and International Human Rights Law’ (2004) 54 Duke Law Journal 621, 629] If that is the case, the success of the European human rights system depends primarily on whether the cognitive and social pressure that is at work in the process of acculturation can nudge the behaviour of reluctant member states and make them more human rights-compliant actors. This, in turn, depends on the aspirations of the states in question. My contention is that some member states of the Council of Europe no longer share the aspiration of being/becoming a constitutional democracy and, therefore, the Strasbourg court is unable to ‘socialise’ them.

It is worth highlighting one further implication of this development. Consolidated democracies also have reasons to join an international human rights mechanism but their reasons are slightly different from those of new democracies. For them, one of the main attractions of such a system is that it protects human rights in other countries and thereby creates a more secure international environment. It is beyond the scope of this post whether this benefit is a sufficiently strong reason for a stable democracy to give up part of its own authority. The important point is that such a balancing exercise presupposes that the Court is able to influence the behaviour of recalcitrant states. This leads us back to the previous argument. The European human rights mechanism assumes the cooperation of member states but the behaviour of reluctant states can be nudged only if the cognitive and social pressure that leads to acculturation is at work. Russia, Turkey and Hungary might comply with the individual decisions of the Court but they will try to minimise the effects of the Court’s decisions and will not change their general behaviour.

To conclude, the authoritative turn of some European countries indicates the partial breakdown of an important mechanism that nudged those countries to become more human rights compliant actors. In addition, the very same developments also weaken the case for a regional human rights system in consolidated democracies: if the behaviour of recalcitrant states cannot be expected to change, consolidated democracies have much less justification to give up part of their own authority.

(For a more detailed version of the argument, see Tamas Gyorfi, The legitimacy of the European human rights regime – a view from the United Kingdom.)