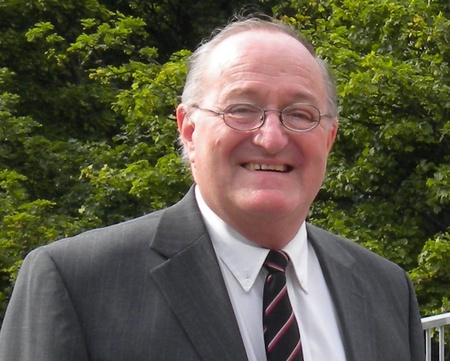 Remembering a generous benefactor and friend of the University

Dr J Findlay Walker who died in September at this home in Mount Pleasant, South Carolina, was a medical graduate of the University who maintained strong ties through his valued board membership of the University of Aberdeen Development Trust USA (UADT USA).

Born in Aberdeen on 3 September 1943, he graduated from the University as a doctor with an MBChB in 1967 and married his wife Yvonne in the same year. He went on to practice as a GP in Scotland until 1973 when he accepted the post of Medical Director with Merck, Sharpe & Dohme in the United States where he developed antihypertensive drugs and lipid-lowering agents. After 25 years with the company, latterly as Senior Director in their International Marketing division, he retired temporarily, returning to full-time work with Daiichi-Sankyo Pharmaceutical in 2001. In 2007 he accepted the position of Vice President to open a new branch of the company in London and stayed there until 2010 when he retired and moved back to the US with Yvonne to Mount Pleasant, South Carolina.

Having graduated from Aberdeen in 1967, Findlay maintained a keen interest in the University. He became a generous benefactor and a founding member of the UADT USA when requested by then Principal Maxwell Irving to formally initiate fundraising in the US. He had to resign from the Board in 2007 when his work took him to London but immediately rejoined when he returned to the US in 2010. During both periods of his membership he was instrumental in raising the profile of the UADT USA and securing major funding.

Findlay was a loving husband to Yvonne for 46 years, father to Claire, Philip and Paul and grandfather to Michael, Matthew and Brigid. Daughter Claire is maintaining the family’s link to Aberdeen and the University having followed in her father’s footsteps. She is currently in clinical training in Aberdeen where she graduated MBChB in 2010.