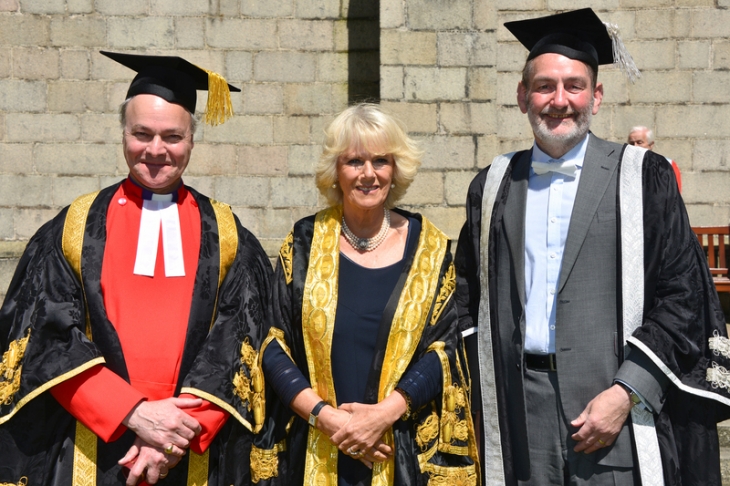 We are honoured that the Very Rev. Iain Torrance, Pro-Chanceller of the University, has accepted to become Patron of the Elphinstone Institute.

I am honoured to be Patron of the Elphinstone Institute. I became aware of the Institute early on in Ian Russell’s tenure and was immediately attracted by his enthusiasm. As Dean, I played a part in the appointment of Stanley Robertson as an HLF-funded Key Worker. At the interview he appeared wearing his cap and he kept it on. This is an interesting man, I thought, and, as he told us a story, I became intrigued. He then produced a chanter from an inside pocket and played ‘Teribus’, first in the civilian way of it, then the army style, and finally as Travellers play it. I was utterly entranced, and at that moment I became a firm supporter of the Institute and all it stands for and tries to do.

Aberdeenshire is rich in its oral tradition of ballads and stories, its pipe and fiddle music, its folklore, customs, international reach, its embeddedness in the fishing, farming, whisky industries, and in religious life. The Institute is committed to exploring and promoting these traditions, making it distinct from the rest of the university, in terms of research method, material, and ethos. I took particular pleasure in a recent visit to the Polish-Scottish Song and Story Group, which not only brought Poles and Scots together, but led to the discovery that the two cultures share some seafaring traditions.

The Institute is particularly successful in tapping the immense troves of knowledge that ordinary people in the North-East area possess and it has a tradition of encouraging mature students and allowing them to explore their own histories. The Institute is now very creatively led by Tom McKean and Frances Wilkins, supported by Alison Sharman. I believe in them and am certain that the Institute provides something priceless to the University, and to the wider area, as well as being known by folklorists all over the world.