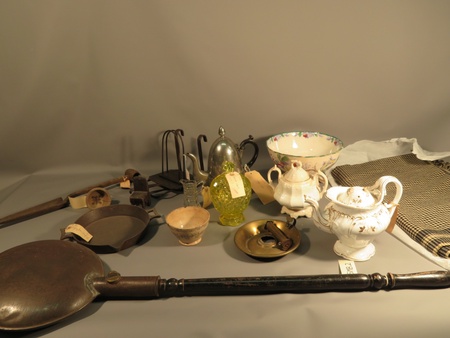 Many objects made or traded by Scottish Gypsy/Travellers can be found in museums across Scotland, but the connections that they have with Travellers are often unseen. While researching the presence of these objects within collections, one of the most unexpected discoveries is not just how much Traveller material is present, but the many ways that Travellers have played a direct role in the development of museum collections. From military history to jewellery collections and from natural history to objects of significance to Traveller culture itself, this talk will look at the range of objects brought into museum collections by Scottish Travellers. Many of these objects can expand our understanding of Traveller culture and have the potential to help us to see beyond more stereotypical representations.

Rhona Ramsay is a PhD student at the University of Stirling completing research into the material culture of Gypsy/Travellers in Scottish museums. Rhona has a background in museums and first worked with young Travellers on heritage projects while at the Highland Folk Museum.