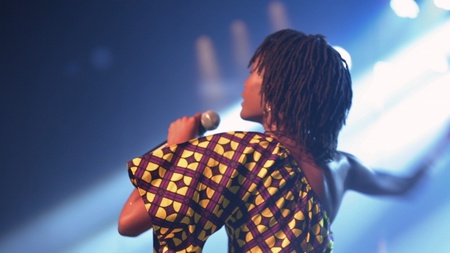 Pre-feature screening: Woya Hayi Mawe will be preceded by a special screening of the short prize-winning film No Ladies Please, directed by Dr Fiona-Jane Brown, about the events of 19 April 1973 when women delegates from the Scottish Trades Union Congress 'invaded' The Grill, a men-only pub in Aberdeen, and demanded to be served. The film will be introduced by the director.

Woya Hayi Mawe: ‘Woya hayi mawe: where are you going to?’ These lyrics echo Mozambican musician Lenna Bahule’s explorations both in her birthplace – Maputo – and in her adopted home of São Paulo. From the stage to the urban outskirts, we see how Lenna deals with the difficulties of being a black female musician in both Brazil and Mozambique.

The screening will be followed by a video-link Q&A with filmmakers Jasper Chalcraft and Rose Satiko G. Hikiji.