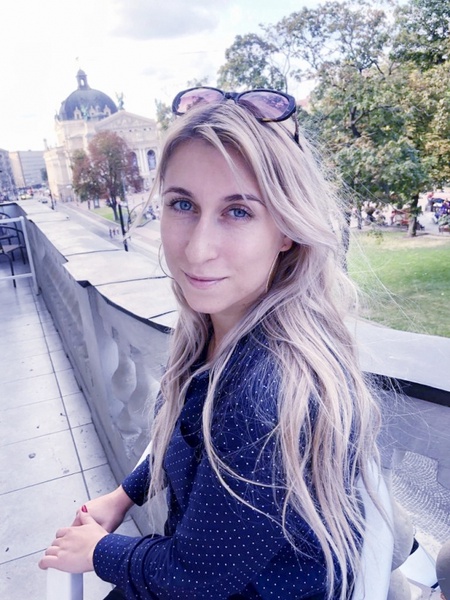 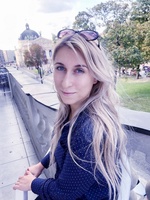 At just 28 years of age, Aberdeen graduate Viktorija Nesterovaite is one of the youngest members of staff at the United Nations, managing anti-corruption projects that stretch across Africa, South-East Europe and Central Asia, making societies and the lives of people better on a daily basis.

In 2015, just two months after her graduation, Viktorija moved to Vienna to take up an internship at the United Nations Office on Drugs and Crime (UNODC), setting the foundations for her international career.

She says: “The internship was crucial to my professional development as it provided me with experience of working for an international organisation, added focus to my portfolio and equipped me with technical skills and knowledge of project management.

“I would strongly encourage students who want to follow an international career to consider internships and placements. The UN is very competitive and it is hard to get a place there, but perseverance and hard work goes a long way. It was my way in.”

Following her internship, Viktorija moved to Oxford to work as a project assistant for an international development Non-Governmental Organisation (NGO). Eight months later, she returned to UNODC as a consultant at the Civil Society Team and, in August 2019, was appointed to the role of project officer.

Originally from Lithuania, Viktorija chose to attend the University of Aberdeen because it offered her an opportunity to study both International Relations and French, and a chance to spend her third year studying in Réunion Island as an ERASMUS programme exchange student.

She recalls: “The years flew by very quickly. In addition to studying, I worked part-time for an NGO called Autism Initiatives, and for Aberdeen City Council. Both work and full-time studies kept me extremely busy.

“When I moved to Aberdeen in 2010, the city was very lively because the universities and the oil and gas industry attracted an international crowd. The restaurants and bars were always full of people, and striking a conversation was so easy, especially with the Scots – I love how down to earth and funny they are.

“I found Old Aberdeen exceptionally beautiful and historic and spent a lot of time studying or relaxing by King’s College, where trees bloom in late spring adding beauty to an already lovely spot. Some days, I would study at the newly built library, which brought a modern feel to the campus and outstanding views of the city.

“My course provided a good mix of lectures and seminars and the IR-related modules covered a wide range of relevant topics. The French grammar classes, especially, were very good and got me from the beginner to intermediate level in a short period in time. I now speak French, Russian and English as part of my everyday job, a valuable skillset that has contributed to my professional growth.”

At the UNODC, Viktorija works across different areas of the programme cycle, from project development, to monitoring and evaluation. The projects she manages contribute to the implementation of the United Nations Convention against Corruption (the only legally binding universal anti-corruption instrument) and bring the many voices of NGOs to the international debate, and increases their dialogue with Member States.

“The field of anti-corruption affects people at different layers of society. In my line of work, I interact with governments, civil society and the private sector, as well as different international organisations and entities. My direct counterparts are mostly representatives from the ministries of justice and other anti-corruption bodies and NGOs.

“No two days are ever the same and my job is rewarding and purposeful, not only because of the mandate of the organisation, but also for the inspiring stories and feedback I get from people I work with on the ground.

“The UN family in Vienna is very international and brings a multitude of expertise under one roof. Every day, as I walk in the building, I see the flags of all Member States – a reminder of how big the world is and how much there is to do.”