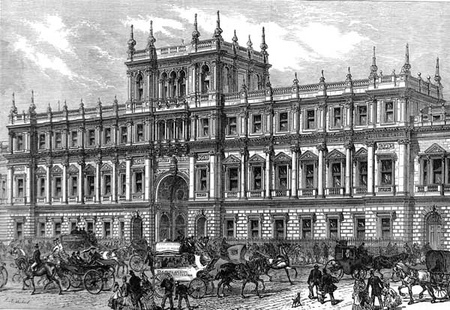 Over the centuries, several alumni and staff of the University of Aberdeen have been awarded Fellowship of the Royal Society of London for Improving Natural Knowledge, commonly referred to simply as the Royal Society. Founded in 1660, it is the oldest national scientific institution in the world and was awarded its Royal Charter by King Charles II. Being elected as a Fellow of the Royal Society is extremely prestigious and is a recognition of extreme excellence only awarded to those deemed to have made an important contribution to the development of their scientific discipline. Browsing the biographies of those who have gained fellowship is a reminder of the many ground-breaking and vital discoveries that have been achieved by members of the University of Aberdeen community.

Francis Hooton, a 1996 Biochemistry graduate of the University, has assembled the following list of scientists who became Fellows of the Royal Society and who either studied or taught at the University of Aberdeen (or King’s College or Marischal College prior to their amalgamation in 1860).

To today’s readers, one thing instantly notable is the lack of women on the list, with only Dame Anne Glover having been elected as a Fellow thus far. Indeed, before the mid-20th Century the Society did not admit women at all, a sad reflection of the earlier wider trend of female exclusion from schools and Universities; however many women are now awarded Fellowship each year and it is to be hoped that many more of our outstanding female scientists will join Dame Anne on the list in the future.

One of the earliest entries on the list is that of mathematician and astronomer James Gregory, who made advances in the fields of trigonometry and calculus as well as telescope design. He studied at Marischal College from 1653-57 and was elected as a Fellow in 1668. In 1675 Gregory suffered a stroke while viewing the moons of Jupiter with his students and died at the age of just 36.

A botanist and palaeobotanist who made important contributions to botany through his pioneering use of the microscope, Robert Brown discovered the nucleus of the plant cell and was the first observer of what came to be known as Brownian Motion. He attended Marischal College between 1790-1794 and now has a plaque dedicated to him in Cruickshank Botanical Gardens.

A student of medicine and surgery at the University of Aberdeen, Ogston obtained his MD in 1866. He then travelled widely. In 1882 he was appointed Regius Professor in Surgery at Aberdeen University. He is famous for his discovery of Staphylococcus aureus, better known as MRSA, and also did much work as a military surgeon during the First World War despite already being 70 years old when it began.

A biochemist who developed mathematical studies of epidemic spread and established links between environmental factors and specified diseases. Co-creator of the Kermack-McKendrick theory of infectious diseases. At the age of 25 Kermack was blinded for life by a chemical explosion in his laboratory. Served as Professor of Biological Chemistry at the University from 1949 and died whilst working at his desk in Marischal College in 1970.

*Held the position of Rector of the University

The Copley Medal winners marked both graduated from the University. There may be other winners on this list who worked here rather than studied. The identity of the first name on this list, Jacques du Moulin, has been hypothesised as Aberdeen graduate James Milne, rather than categorically proven. Steve Busby, another FRS, did a week's work at the University while collaborating on research in 1994. George Gabriel Stokes also gave three lectures at Aberdeen in a guest capacity as part of the Burnett lecture series in the 1880s. Michael Victor Berry gave a lecture at the University in 2015, and Norman Fleck gave one in 2017, both as part of the RV Jones lecture series.

Please note that this list may be incomplete. If you know of another Fellow of the Royal Society who studied or taught at the University of Aberdeen, please get in touch. For more detail on the list please visit the Library.