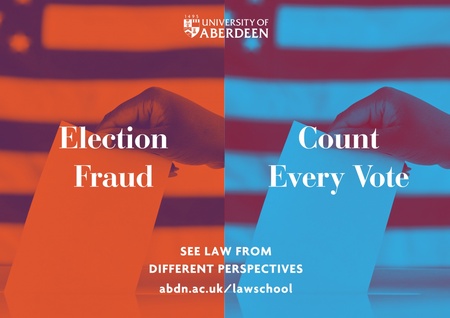 One of the most perplexing things about US elections is the extent to which we litigate what in much of the rest of the world are routine nuts and bolts questions about how elections work. I had first-hand experience with this during the 2000 presidential election when I was living in the UK. Why, I constantly was asked, is the US Supreme Court deciding your presidential election?

It’s a good question, and also a timely one given how the current presidential election is unfolding.

The answer, like most things about US elections, is it is complicated. The US electoral system, even for nationwide elections like the presidency, is radically decentralized. We don’t have “an” election system: we have 50. The division of authority between state and Federal officials to make the rules governing those systems is set by the US Constitution. Under the Constitution, each state has the power under to regulate the “time place and manner” of federal elections. Congress has constitutional authority to override those state decisions, but has rarely done so. Which means most of the restraints on state regulations in this area come from general non-discrimination provisions of the federal constitution, rather than from election-specific federal law. So, for example, there is no federal law regulating how ballots are counted in the states, except that states cannot do so in a way that would violate the Equal Protection clause of the US Constitution by, for example, intentionally discriminating against voters on the basis of race or arbitrarily treating some ballots differently than others within the state.

Those may sound like significant restraints, but they are rarely treated as such by the US Supreme Court. The Supreme Court has found what it sees as arbitrarily differential treatment of ballots as constitutionally problematic – that’s what Bush v. Gore was about – but in the absence of overt and purposeful discrimination, the contemporary Court has been reluctant to find unconstitutional animus in the decisions of state and local election officials. Instead, the Court for many years now has been very deferential to state legislative claims that tight control over who votes and how votes are cast is necessary to prevent against even the slightest possibility of electoral fraud.

So why is there so much chatter now about the Supreme Court once again taking a decisive role in a contested presidential election?

Because the election disputes most likely to reach the Supreme Court this cycle don’t involve protecting voters at all, but protecting the prerogatives of state legislatures. The constitutional language giving control over most nuts and bolts election decisions to the states (including the provision governing how states choose the presidential electors that ultimately cast votes in the electoral college to determine the winner of the presidential election) says the entity empowered to make these decisions in each state is “the legislature there of.” This language dates from the original 1789 constitution, when the expectation was that state legislatures would themselves directly appoint the state’s presidential electors. But the language is an awkward fit with the system, in place for the last hundred-plus years, in which state legislatures have enacted laws authorizing states’ electoral votes to be determined by popular statewide elections.

The juxtaposition of statewide elections for President with “the legislature thereof” language of the Constitution is what the current disputes, most notably in Pennsylvania, are about. When a state supreme court interprets a state constitutional provision as requiring more liberal access to the franchise than has been authorized by the state legislature, has the state court violated the federal Constitution? Or what about when the state legislature has delegated certain types of discretional decision making to local election officials? Does that violate the federal rule saying that election rules are to be made by “the legislature “of each state?

Twenty years ago, in Bush v. Gore, three justices implied the answer to those questions might be yes. We may be about to find out if a majority of the current Supreme Court agrees.

Lori A. Ringhand is the J. Alton Hosch Professor of Law at the University of Georgia School of Law and Interim Director of the Dean Rusk International Law Center.  Ringhand is a nationally known Supreme Court scholar and the author of the book Supreme Court Confirmation Hearings and Constitutional Change (with Paul M. Collins) published by Cambridge University Press.  Her work on judicial appointments has been cited in major national and international media outlets, including the New York Times, the BBC, the Washington Post, and NPR. In addition to her work in the US, Ringhand has taught short courses at the University of Mainz (Germany) and Bar Ilan University (Israel). She also spent the Spring 2019 semester as a Fulbright Scotland Visiting Professor at the University of Aberdeen. In addition to her juris doctorate, Ringhand holds a Bachelor of Civil Law degree from the University of Oxford, and has been a Visiting Scholar at the Oxford Institute of European and Comparative Law. She has been a member of the Georgia Law faculty since 2008, and served as Associate Dean for Academic Affairs from 2015 to 2018.