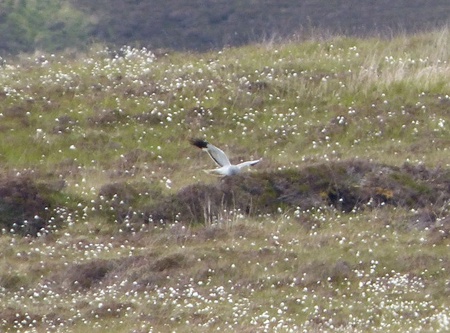 Non-lawyers might be bewildered by the recent decisions of the Crown Office and Procurator Fiscal Service (COPFS) not to proceed with prosecution in a series of cases where the RSPB has video footage of employees of large estates setting traps for or killing protected birds of prey (as reported by BBC News here).

COPFS has stated that this is because such video footage is not admissible in evidence at a criminal trial. While this might seem to the layperson like a legal technicality, it can be argued that under the law COPFS has little choice in the matter. After all, no purpose is served in bringing prosecutions which are destined to fail because the courts will not admit the crucial evidence. A common reaction might be that ‘the law is an ass’ but there are important principles at stake which justify the position that the law currently takes towards such evidence.

As COPFS explains in a recent letter (PDF) to the Environment, Climate Change and Land Reform Committee of the Scottish Parliament, the admissibility of evidence at criminal trials is governed generally by a substantial body of case law. COPFS states that its review of this body of law reveals that where covert cameras are placed, without the necessary authority (for example, a warrant granted by a Sheriff), for the purposes of detecting crime, the subsequent evidence has been obtained ‘irregularly’. As a general principle, this renders such evidence inadmissible in criminal proceedings according to the leading Scottish case of Lawrie v Muir 1950 JC 19, which has been cited with approval by courts all around the world. However, the judges in this case qualified this rule to some extent by stating that an irregularity in obtaining evidence can be excused depending on the nature of the irregularity and the general circumstances of the case.

The yardstick for a criminal court in determining whether an irregularity can be excused, thus allowing the evidence to be admitted at trial, is a balancing act between the ‘public interest’ in convicting those accused of crime and the need to protect the civil liberties – or, in modern terms, the human rights – of the ordinary citizen. If the latter are not given considerable weight, the fear is that we might well end up living in a police state under a ‘Gestapo’ type regime. Thus, for example, if the police irregularly seize the incriminating evidence in a very serious case, because it is at immediate risk of destruction by the perpetrator of the crime, a court might well deem that such an irregularity can be excused. On the other hand, if the police simply break down a suspect’s door in the middle of the night in a minor case to collect incriminating material because they cannot be bothered to obtain a search warrant, then the court is almost certainly not going to excuse the irregularity.

In the cases in question, we have the RSPB installing video cameras on private estates, apparently without the permission of the landowner, which is a breach of the privacy of the landowner and his or her employees who work on the estate. It seems that the RSPB claim that these cameras are placed solely for research purposes with no thought of detecting crime. It is not surprising that COPFS seems to find this explanation unconvincing because while one purpose may well be to gather research evidence – for example, as to the causes of the high attrition rate among birds of prey – it seems unlikely that the RSPB has not considered the possibility of gathering evidence of estates and their employees engaging in ‘wildlife crime’. As a non-ornithologist, I have always assumed that the long-established surveillance cameras at the Boat of Garten ospreys’ nest served at least two functions: to deter the collectors of rare birds’ eggs from stealing them in contravention of the law; and in order to find out more about the breeding habits of ospreys. (Incidentally, ‘birds or prey (raptor) persecution’ is one of six ‘Wildlife Crime Priorities’ listed by Police Scotland.)

Thus, COPFS is faced with the situation where the RSPB has covertly placed surveillance cameras on private land, probably at least partly with the aim of detecting individual instances of criminal behaviour and deterring other potential criminals from engaging in such behaviour in future. Thus, any evidence of a crime recorded by such cameras has been irregularly obtained and would require to be excused by a court before the recording could be admitted as evidence at a criminal trial. As I observed above, the actions by the RSPB are a breach of the right to privacy of both the estate owners and their employees (whilst not quite analogous, imagine if your neighbour installed a secret camera to record everything that went on in your garden). A court would have to determine that the public interest in preventing wildlife crime of the type in question is sufficient to outweigh the unauthorised and deliberate invasion of privacy by the RSPB before it would admit the recorded evidence. In the judgement of COPFS, the criminal courts would not do this and it seems to me that this is a perfectly reasonable view to take. In my view also, for what it is worth, I agree that the courts would not excuse such an irregularity in obtaining the video evidence and prosecutions would be fruitless. (On a more technical note, such video evidence might well also be rendered inadmissible under the Data Protection Act 1998 and the Regulation of Investigatory Powers (Scotland) Act 2000.)