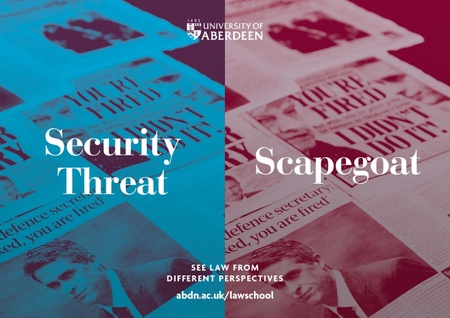 Should Gavin Williamson, former defence secretary, be prosecuted under the Official Secrets Act for leaking confidential information from the National Security Council? Or was he wrongly found guilty of leaking by a ‘kangaroo court’, as he has claimed?

This story – reported by the BBC here – brings together a range of important legal issues including national security, fair process and press freedom. Clearly, leaking information from the National Security Council represents a potential threat to the nation – for example, let’s say the precise location of our nuclear submarines at sea was revealed, or the identity of our top spy in Russia or the existence of a ‘mole’ in ISIS? One would imagine any of these leaks would result in the perpetrator being prosecuted.

On the other hand, a successful criminal prosecution would require guilt to be proved ‘beyond reasonable doubt’. It is unlikely that the evidence against Williamson cited by Theresa May comes up to this standard, giving rise to his claims of injustice. The Whitehall enquiry concluded that he had engaged in an 11 minute telephone conversation with a journalist from the Daily Telegraph, the newspaper in which the leaked information appeared, a fact which he has accepted and which might be regarded as circumstantial evidence. However, Williamson claims that he did not pass on this information during that exchange but May and the Whitehall machine clearly does not believe this. The journalist could be asked where his information from the National Security Council came from but would refuse to breach the confidentiality of his sources, a principle underlying freedom of speech and a guarantor of a free press and media. Could or should he be prosecuted for protecting his informant’s confidentiality?

Reputedly, Williamson has a ‘track record’ for leaking but can this be established or is it based on suspicion and rumour. The criminal courts are very reluctant to admit ‘character evidence’ intended to show a defendant is generally a bad character. They are keenly aware of the old maxim 'Give a dog a bad name...'. For this reason, there have been well publicised strenuous efforts to protect complainers in rape cases from having their previous sexual history revealed, allowing the defence to portray them to the jury as ‘easy’. Thus, claims that Williamson has done this kind of thing before would not be admitted by a criminal court unless specific and proven examples were cited in detail. One might then conclude that a criminal prosecution against Williamson would fail because the circumstantial evidence alone is not enough. On the other hand, when it comes to the safety of the nation, it could be argued that sacking Williamson was justified because some doubt has been raised about his integrity and frankness. Indeed, it might be claimed that the telephone conversation shows that ‘on the balance of probabilities’ (the standard that must be attained in civil cases), it is more likely that Williamson leaked the information to the journalist than not.

Professor Duff teaches on our LLM in Criminal Justice and related programmes. Studying law at Aberdeen teaches you to see the law from different perspectives.