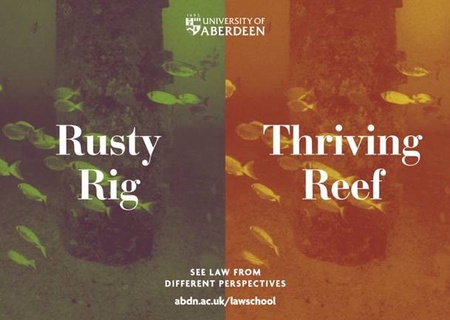 This blog post builds on Prof Tina Soliman Hunter's post titled “Shell decommissioning of the Brent Platform - haven’t we been here before?” (18 April 2017). I suggest that it might be helpful to read that post prior to reading this one.

If we thought the Brent Spar incident in 1995 had resolved the challenges of offshore decommissioning, then we were mistaken. With over 6500 offshore oil and gas installations worldwide, 153 in the North Sea and cost implications that continue to rise, the issues of offshore decommissioning will continue to challenge governments, industry, and stakeholders. This is despite an arguably robust regulatory regime comprising international, regional and national laws.

The Brent Delta platform is equivalent in height to the London Eye and almost the size of a football pitch. In the last 40 years, it has served as a processing plant, a factory, and a hotel to about 160 staff. In a single lift, the topside weighing over 24,000 tonnes was removed in a manner that is described as the world’s heaviest offshore lift by a single vessel. While this is uncontroversial and a remarkable feat that should be commended, unfortunately, the same cannot be said of Shell’s decision to leave three out of four of its 300,000 tonnes (each) concrete legs, also known as “Gravity Based Structures” (GBSs) on the seabed. Although Shell claims its decision is a result of comprehensive assessments and independent review, the German Ministry of Environment, based on a commissioned report, formally raised objections to Shell’s decision. In an official letter to Michael Gove, the Secretary of State for Environment, Food and Rural Affairs, the German Government expressed concerns that the decision to leave the concrete based structures will negatively impact the marine environment, other sea users and therefore, breach the provisions of OSPAR, an international agreement for the protection of the marine environment. In a report by Scientia et Sagacitas an Aberdeen based consultancy commissioned by the German Ministry of Environment, the company highlighted “major issues” with Shell’s assessment. The report further “outlined 'failures' around environmental assessment, stakeholder engagement and use of outdated technology”.

The decommissioning of offshore installations is not exactly a straightforward issue and while the rules under OSPAR do appear to take cognisance of these complexities, their application could be quite challenging in some cases. According to OSPAR decision 98/3, “the dumping, and leaving wholly or partly in place, of disused offshore installations is prohibited within the OSPAR maritime area”. However OSPAR adds that, following assessment, this can be relaxed by the competent authority of the relevant contracting party to leave installations or parts of in place if they are: steel installations weighing more than 10,000 tonnes in the air, gravity-based concrete structures; floating concrete installations; or any concrete anchor-base which results, or is likely to result, in interference with other legitimate uses of the sea.

From the above provision, Shell could be within its rights to suggest leaving its gravity-based structures in place but subject to the approval of the competent authority, in this case, the Department for Business Energy and Industry Strategy (BEIS). There is also the requirement to inform other OSPAR Contracting Parties of such decommissioning plan and it is on this basis that Germany has raised objections. Although this blog post does not critically examine the details and implications of the offshore oil and gas decommissioning regime and the provisions of OSPAR more specifically, commentators such as Ed Davey and Jonathan Porritt have argued that the regime under OSPAR is restrictive. It must also be admitted that designing a robust decommissioning regime that satisfies all stakeholders by balancing energy security, cost, environment, and safety will be a Herculean task, especially under prevailing political and social realities.

Take the cost factor for example. At the stage of decommissioning, these installations are less economically viable and there are cost implications of between £45 billion and £77 billion. It has been suggested that £24 billion of that amount will be borne by the public through tax reliefs. Perhaps it is for this reason that there are calls for the reuse of offshore oil and gas assets either as artificial reefs or for other offshore energy uses like wind and carbon capture and storage. Offshore decommissioning is further complicated by what appears to be a split among environmentalists on the benefits of leaving some installations in place. While some environmentalists are calling for a “clean seabed”, there is a growing body of research which suggests that foundations of offshore installations “provide important habitats for valuable marine species”. The tale of offshore oil and gas decommissioning has never been more complex and unclear.

With the continuous evolution of technology, the expectation is that we will only get better at decommissioning. But we must accept the present reality, which is that with divergent interests, the argument for a clean seabed may not appear as clear cut as it once did. It is now a question of how these various interests are managed. For that, I have no universal answers, but we must begin to have honest conversations around what is possible and tolerable. We must continue to establish one-stop shop decommissioning hubs or centres that will synergise expertise and reduce costs. Finally, more robust research, interdisciplinary collaborations and less emotion will provide a greater opportunity to explore the intricacies of these issues and perhaps only then would we find answers to the questions sought. At this point, it is evident that the case by case approach is simply much more complex than was previously understood. Well, as much as I want to be optimistic, I have no doubt that there are interesting times ahead for all decommissioning stakeholders.