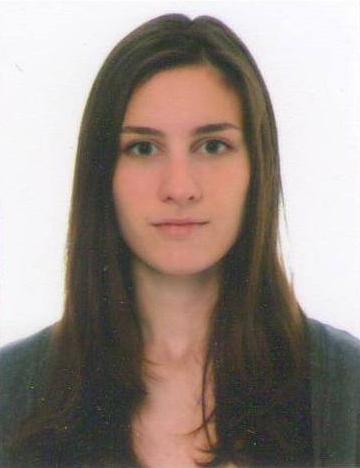 On a wild, wet and windy Wednesday afternoon last month members of the Law School’s Honours charity law class forsook the snug Taylor Law Library to visit the offices of the Community Food Initiative North East (CFINE) project in Aberdeen’s Poynernook Road, where they received a warm welcome.  This is one student’s account of the visit…

On the 14 February 2018 a group of students from the University of Aberdeen Law School honours class Voluntary Scotland: Scottish Charities, Clubs, Community Organisations & Unincorporated Associations visited the offices of the CFINE social enterprise and charity

Members of the class photographed with David Simmers in CFINE’s new training kitchen Cook at the Nook.

We were welcomed by a friendly group of staff who showed us around the offices, the warehouse and the community kitchen. They answered all our questions concerning the retail side of the business,  and the principles and procedures the charity arm of the organisation follows when receiving and distributing goods. It was an impressive tour, and we were offered the opportunity to see where everything was stored – a large warehouse with walk-in chilled food stores and freezers, and areas for assembling emergency food packages for the food bank.

CFINE out in the community

We were also shown, with no small pride on the part of the charity, the new Tuk Tuk (electric) vehicle – a dainty wee thing which operates as a mobile community café.

It had been out that day  - the menu looked excellent and, particularly important, given the awful weather outside, warming. The staff announced their plan to purchase more of the vehicles to make the service even more accessible to communities. ; CFINE has won regular praise in the Guardian newspaper in recent years but the project is clearly not simply content to rest on its laurels.   Another project they are embarking upon is a new electronic platform for the community to make clothes available.

David Simmers, CFINE’s founder and CEO, then took time out of his busy schedule to have a conversation with the class about CFINE, its purpose, goals and history. CFINE does a lot more than the foodbank alone. The foodbank itself was a response to the United Kingdom’s Government continuing welfare reforms –benefit exclusion, and most recently universal credit – with events in the North Sea and the state of the economy also being major factors for the economy of the north east of Scotland. The charity, however, is also passionate about promoting employability and ensuring that there is access to advice about benefits and money, as not all people find themselves in a position to work.

A more joined up approach to tackle food poverty

David also stressed CFINE’s commitment to integrating its food poverty work into a range of other services. He strongly believes in creating networks and ensuring that poverty is tackled by motivation. This, in his opinion, should all be achieved through a shared agenda between organisations. He is involved in an alliance between networks to ensure everybody has access to food with dignity and respect.

David focused on the fact that CFINE offers support and services in a range of communities to promote accessibility. He stressed that something more needs to be done to tackle food poverty as foodbanks alone are not the solution - they do not alter the root cause of the situation and are undignified for people. This is the reason CFINE provides essentials but also concentrates on education and volunteering, to help provide a longer term route out of the poverty trap. A surprising fact the CFINE CEO shared with the students was that many of the people CFINE and its partners deal with are in fact in employment. This is why one of CFINE’s main goals is the increasing of employability and educational capability to help individuals achieve financial stability.   CFINE is working intensively on ensuring that people are in a position where employment is possible.

A key priority is ensuring an increase in the nutritional quality of the food provided to FareShare  (the overall  organisation that gets food donations from food retailers and their supply chains – CFINE is the FareShare partner and distributor in the north east of Scotland).  It is easy for retailers to donate food and other products e.g. toiletries; a mixture of produce is received, some not so nutritional but increasingly, thanks to the food industry’s commitment to reducing waste and healthy eating, quality of produce has improved significantly.

CFINE is more than just a foodbank

David also explained to us that sanitary products are also provided by CFINE – part of the new pilot project initiative on period poverty. They are available to all the people who need them and from August this year the Scottish Government introduces the provision of sanitary products to all schools, colleges and universities.

How CFINE works as a charity and social enterprise

We then proceeded to discuss the funding and support that CFINE receives. David told us how grants given to CFINE were provided to the charity due to the fact they help the grant giver as well as the charity itself. He explained that CFINE was a social enterprise and all the activities it engages in possess a social and an entrepreneurial side. The warehouse that our group visited has a focus to get people to food. The tuk tuk, on the other hand, has a function of promoting meals in the community. In response to questions as to how the overall project was structured, David explained that CFINE is a registered charity and there was a separate private company limited by shares owned and run for the benefit of the charity. He informed us that the enterprise does not own anything and mentioned the charity law regulations. The regulations are that charities can run any activity as long as it meets its primary purpose, which is a shift from the previous arrangement. He provided us with a few examples of how CFINE has met these regulations and served its core purpose. The new structure, he also explained to us, was a SCIO (Scottish Charitable Incorporated Organisation)  where you only report to the charity regulator, rather than the charity regulator and, for example, Companies House. But CFINE has not, at this time, gone down the SCIO road but may in the future?

David then described how deadlines work and how applications are completed. This, he said, was a major part of his job – each application came in its own individual form and asked for its own particular information and deadlines were always strict. Copy and paste applications simply won’t cut the mustard. A heavy responsibility.

There’s more to CFINE than meets the eye

It would be fair to say that none of us came to the visit expecting to find what we actually found.  We were not expecting the scale of the organisation or the range of services it offered.  We were impressed with the inter-connectedness of the operation.   The visit undoubtedly helped us with our legal studies.  And then it was back out into the freezing, driving rain…
To find out more about CFINE, visit http://www.cfine.org/