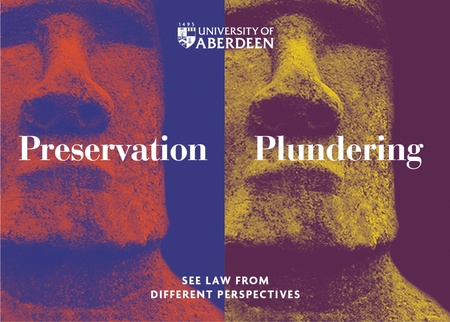 Our Law School is delighted its marketing campaign “See Law from Different Perspectives” has been a finalist in a total of four marketing awards.

In November 2020, the campaign, often referred to simply as ‘Perspectives’, gained its first recognition when it achieved Silver in the ‘Best Postgraduate Student Recruitment Campaign’ at the Heist Awards by Havas Education. Running for over 30 years, the Heist Awards claim to be recognised as ‘synonymous with excellence and innovation in education marketing’.

In 2021, the campaign was recognised as a Finalist in the ‘Marketing/PR Campaign of the Year’ category in the Herald Higher Education Awards and was then Highly Commended in the ‘Best PG Marketing Recruitment Campaign’ listing at the FindaMasters Postgrad Awards.

But its success was not limited to Higher Education sector recognition. Most recently, ‘Perspectives’ was entered into the ‘Marketing Magic’ category at last week’s Northern Star Business Awards, for which it was ‘Highly Commended’. Hosted by Aberdeen and Grampian Chamber of Commerce, the campaign was pitted against many prominent local businesses and well-known charities, so the Law School was delighted to be one of the final four!

First launched in 2019, this was the first time the Law School had invested in a marketing campaign of its own. It had a desire to develop something that was modern, fresh and engaging with impactful messaging and creative that would reflect the School as a whole, showcase the legal expertise of the staff, and resonate with its  various audiences.

The unique nature of the campaign, tied closely to the curriculum, required sound knowledge of different aspects of law, both domestic and international, and current, well-recognisable legal cases, so a combined effort between our law experts and marketing was essential.

Over twenty different ‘Perspectives’ creatives were developed in the first year. These were used across a number of channels and in various locations including: vinyl posters around the school and on the law library turnstiles; static imagery, video and GIFs across the website and social media, banners on prospective student emails, and lecture slides used by our academic community.

The Perspectives campaign has been highly successful in capturing the imagination of our Law School community. David Lorimer, one of our Postgraduate Research students, had this to say: “The law school campaign on seeing the law through different lenses is very thought provoking and has made me consider how the material in my thesis might be viewed 'through the looking glass' so to speak”.

“See Law from Different Perspectives” also appeals to our academics. Dr Patricia Zivkovic was first to request the files to enhance her lecture materials. She says: “The campaign reflected my approach to teaching law so well that I decided to implement it into my classroom. The understanding of the juxtaposition of different perspectives while studying law is what makes us better lawyers”.

And finally, an assessment of the campaign from Head of School, Professor Greg Gordon: “It is, I think, rare for a marketing campaign to serve us so well and to resonate as much as this one does - adorning our walls, creating debate and conversation, and even influencing the way in which some colleagues have delivered teaching”.

As we move towards the launch of our new marketing campaign, it is fantastic to look back at everything "See Law from Different Perspectives" has achieved. Congratulations to the worthy winners, finalists and organisers of the awards we have been part of over the last two years. Our community is thrilled our first venture sits among so many high calibre campaigns and organisations.

View the “See Law from Different Perspectives” video on YouTube