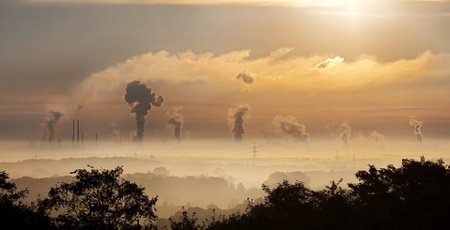 The High Court ordered the Government to publish its strategy against air pollution on the 9th of  May. European Union Law obliges the UK to develop and publish a plan to reduce nitrogen dioxide levels in the air to an acceptable level. For quite a while now, the development and the publication of this plan has been a controversial issue between the Government and environmental NGOs.

Such a plan might contain controversial and unpopular measures. Accordingly, the Government was not too keen to have the plan published before the local and general elections. To justify this reluctance it referred to the constitutional convention that there has to be a limit to government (and civil service) announcements with political implications during the pre-election period. One reason for this limitation is quite obvious: it is the parties and their candidates who are battling (re-) election, not the Government. It must not get involved and government (tax payers’) resources or authority must not be used in this battle, because it would be unfair to the opposition that does not have similar resources or departments at its disposal. This explanation, however, only makes sense when popular measures are at stake and the Government tries to raise the image of the supporting parties. Additionally, limiting the ability of Government to initiate potentially controversial policies with long term effects protects the freedom of manoeuvre for a new government (possibly supported by other political parties) and that government might have completely different views on a certain matter.

In this particular case, the Government probably tried to hold back discussion about measures against air pollution, because everyone agrees that pollution has to be tackled, but very few people accept that they have to give something up to reach this objective. Holding back the publication was probably not so much about protecting the fairness of the election and the political scope for potential successors, but more about avoiding a potentially damaging controversy. However, of course, the country cannot come to a standstill during the pre-election period and Government has to keep fulfilling legal obligations.