Dr Brown joined the School of Law as a Senior Lecturer in January 2022.  Prior to joining the School of Law, he lectured in criminal law at Durham University, where he remains a member of University College.  He was a professional support lawyer to the Court of Criminal Appeal in Edinburgh for 13 years, and is a former Honorary Fellow in Law at the University of Edinburgh.

Dr Brown holds two Masters degrees in law, a third Masters degree in criminal justice, and a PhD in law.  He is a graduate of the Universities of Aberdeen (LLB (Hons), Dip LP); Northumbria (LLM); Glasgow and Strathclyde (MSc); Durham (MJur); and Edinburgh (PhD).  He is an enrolled solicitor (admitted 2001; currently non-practising).  Both his MJur and PhD theses were passed without corrections.  His PhD thesis on judicial decision making in sentencing was supported by a studentship from the Scottish Centre for Crime and Justice Research (https://www.sccjr.ac.uk/).

Dr Brown has lectured on sentencing at judicial training events and at seminars for the legal profession in Scotland and the Republic of Ireland.  He regularly writes on sentencing issues in practitioners' journals such as the Scots Law Times and Greens Criminal Law Bulletin.  He has also published in the Irish Judicial Studies Journal and the Criminal Law Review.

Dr Brown's first research monograph, Criminal Sentencing as Practical Wisdom, was published by Hart in hardback in 2017, and in paperback in 2019 ( https://www.bloomsbury.com/uk/criminal-sentencing-as-practical-wisdom-9781509902613/).  The book was cited by the Supreme Court of Canada in R v Parranto 2021 SCC 46.  His second monograph, Sentencing Rape: A Comparative Analysis, was published by Hart in 2020 (https://www.bloomsbury.com/uk/sentencing-rape-9781509917570/) and was cited by the Irish Court of Appeal in DPP v JMcD [2021] IECA 31. 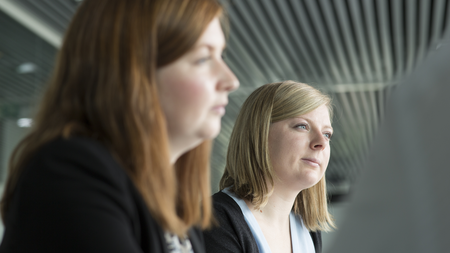 Dr Brown has been commissioned by the Scottish Universities Law Institute (SULI) to write a two-volume work on sentencing, entitled Sentencing Law and Practice.  Volume 1 (Principles of Sentencing) deals with the broad themes and principles of sentencing theory and judicial decision-making in sentencing.  Volume 2 (Sentencing Practice) examines sentencing practice for specific offences.

Volume 1 provides an in-depth discussion of the sentencing process, and the nature of judicial discretion in sentencing.  It provides an authoritative account of the rules governing particular disposals, including custodial sentences, non-custodial sentences, and incidental disposals.  Volume 1 also provides an in-depth discussion of sentencing principles by reference to relevant appellate decisions.  Issues covered include aggravating and mitigating factors in sentencing; the sentencing of young offenders; and the operation of the guilty plea discount.

The Scottish Universities Law Institute series comprises a definitive collection of texts on modern Scots law (https://www.sweetandmaxwell.co.uk/wgreen/suli.htm).  With in-depth coverage of both general principles and sentencing for specific offences, the work will be a comprehensive and authoritative source for practitioners and for the courts.

Dr Brown is also working on a third research monograph for Hart Publishing/Bloomsbury.  Entitled Sentencing and Prohibited Firearms: Comparative Law, Policy and Practice, the book is under contract with Hart.  This monograph examines sentencing law and practice for offences involving the possession and use of prohibited firearms in four jurisdictions: England & Wales, Scotland, the Republic of Ireland, and Canada.  Focusing on statutory minimum sentence regimes, sentencing guidelines, and case law in each jurisdiction, the book situates the law within its broader social and theoretical contexts.

The book explores the nature and effect of firearms, including rifles, handguns, shotguns, and electric shock weapons, as well as prohibited ammunition, through a review of the literature on wound ballistics.  The book explores sentencing law and practice in each jurisdiction, including minimum sentence provisions; the issuing of guideline judgments; the development of formal sentencing guidelines; and, in the cases of Ireland and Canada, the Supreme Court decisions in Ellis v Minister for Justice and Equality (2019) and R v Nur (2015) which struck down certain minimum sentence provisions as unconstitutional.  An analysis of the development of sentencing guidance in the UK is provided, from the decision of the Court of Appeal (Criminal Division) in R v Avis (1988); through the adoption of the Avis guidelines by the Scottish courts; to the English Sentencing Council's 2020 Definitive Guidelines.

The analysis is undertaken with a view to considering the future of mandatory sentencing policies, and suggesting a new model of sentencing guidance for offences involving prohibited weapons.  Combining a strong practical and theoretical focus on the sentencing of firearms offences, the book will be of interest to the judiciary, legal practitioners, academic researchers, and policy makers.

Dr Brown has lectured on criminal law and sentencing at training events for the judiciary in Scotland and in the Republic of Ireland.  He has lectured at events organised by the Judicial Institute in Scotland, and in November 2018 he delivered a presentation on 'Judicial Reasoning in Sentencing' at the Committee for Judicial Studies National Conference in Dublin.

Dr Brown also delivers lectures at training events for the legal profession.  He has lectured on criminal law, criminal procedure, sexual offences, and sentencing at events run by Central Law Training Scotland (part of the University of Law) and the Society of Solicitors in the Supreme Courts of Scotland.