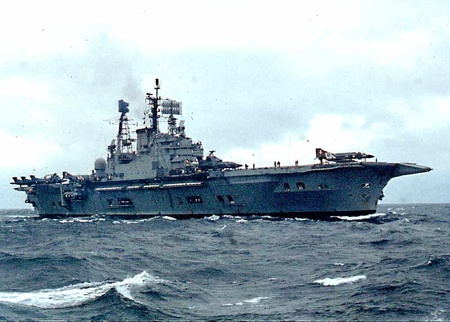 By way of introduction, my name is William P. "Paddy" Rice and I was a B.Sc (Agric) graduate in 1960. I have been overseas most of my working life - in Guyana, Bahamas and much of the Caribbean, and came to live in the USA with my wife Dorothy in 1975. We lived in Miami initially and then spent several years working in the phosphate industry in Central Florida, based in Lakeland where I was widowed in June 1998. I retired later that year and moved to Englewood (south of Sarasota) in 2000, where I live to this day with my second wife, Barbara.

Now to my best ever Independence Day memory! It happened in 1976 - the year of the Bicentennial celebrations. We had been in Miami less than a year, but were invited to a July 4th Independence Day party at the home of a North Miami couple whom we had met in Grand Cayman - Bob & Pat De Young. As it so happened, Richard Street, the future husband of one of Dorothy's nieces in Cheshire was visiting us for a couple of days' leave from the British Aircraft Carrier "Ark Royal" which was in Port Everglades for the Bicentennial celebrations. Richard was a Royal Navy Lieutenant and Second Gunnery Officer on the Ark Royal which had been in Mayport, Virginia in March and had fired a 21 gun salute to the US nation in recognition of the Bicentennial.

To cut a longer story short, the De Youngs told us to bring Richard along to their July 4th party. He was greatly touched by their invitation and used the occasion to give both couples unique memorials of the Bicentennial. He presented Dorothy and me with the 3 lb. cartridge of the Number 1 shell that had been fired in the celebratory 21 gun salute, together with a certificate of authenticity signed by the Commander, himself and the First Gunnery Officer. He then gave the No. 2 shell cartridge and certificate to the De Youngs, who as native Americans were as thrilled as we were with this unique gift on Independence Day!