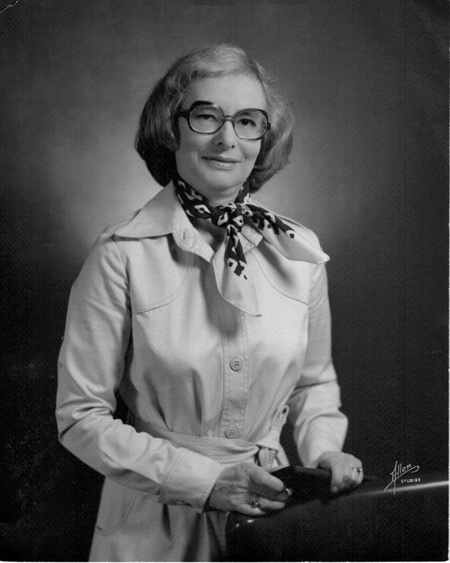 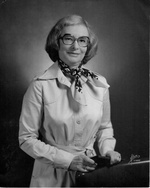 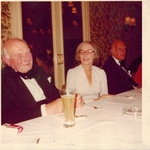 A 1950 graduate of the University was so determined to complete her degree in Medicine that she left her young family in the United States and travelled across the Atlantic to Aberdeen.

Cathy Mermelstein, the daughter of medical alumna Miriam Bennett Blank, has kindly shared her mother’s incredible story about a lifelong devotion to Medicine and caring for others.

Cathy said: “As a result of her own hard work and determination my mother made something of herself. Her parents had emigrated from Poland to London where they ran a sweet shop. As a child she got a scholarship to a prestigious school in London and at the time, partly because of the War, there was an opportunity for women to go to University. She was accepted to study Medicine at the University of Aberdeen. She absolutely loved studying in Aberdeen.”

Things were soon to change for Miriam though, with a chance meeting while she was on a bus to an Anatomical Society Ball.

Cathy said: “When the War ended many American soldiers were offered the chance to take a course and my father, Raymond Blank, was studying law at the University. My parents met when he sat down next to her on a bus. She was dressed up going to meet friends to go to a ball. He found out she was Jewish and that was of interest because he was too.”

After a courtship the couple married in 1948, and soon after, Miriam found out she was pregnant. She was just a semester shy of finishing her degree but put her studies on hold to move to the United States with her husband so they could start their family.

But she was determined to gain her qualification in Medicine and become a doctor.

Cathy said: “Nothing was going to stop her from realising her dream of becoming a doctor. She applied to several medical schools in the United States, but they would not allow for the completion of just one semester. Her place had been held for her in Aberdeen, so she bravely decided to return and complete her studies in the North East of Scotland. It must have been very difficult at the time, with opportunity for communication with her family limited. She graduated in 1950 before returning home where she got an internship and residency at a local hospital before becoming a GP. She was a real trailblazer and was always trying to encourage people, especially women, into careers in science.

“She was much loved by her patients and by her colleagues in Bridgeport, Connecticut. Her colleagues always had the most heart-warming things to say about her and her patients loved her kindness. She adored her job and she worked until she became too unwell to keep going.”

Cathy added: “I find her determination so inspiring and it was absolutely the right thing for her to do to complete her medical studies. She must have helped thousands of people during her career. I have many memories of her patient’s families coming to our house to thank her for helping them. She always remembered Aberdeen fondly and attended medical class reunions. It was the place that gave her the opportunity to realise her dream.”