I'm an environmental anthropologist researching nature conservation, landscape, and human-bird relations. I conducted the AHRC-funded Listening to Birds project with Tim Ingold, which considered the ways that people relate to birds through sound. I was co-editor of the book Landscapes beyond Land: Routes, aesthetics, narratives (2012: Berghahn) and have published articles on conservation conflicts in Scotland, the anxieties of listening to birds in the Anthropocene, on more-than-human seasonalities and on place, atmosphere and bird sounds. I take a 'more than human' approach to all research and my current interests are in bird migration, wetlands, and how people understand relations with other creatures within contexts of ecological change.

I conducted my doctoral research on the island of Islay in the Inner Hebrides of western Scotland. Here I investigated the relationship between nature conservation organisations and farmers, focussing on the development of the relationship since the 1970s. Within my thesis I consider how various symbols that represent this relationship are employed within discourse as part of the situating practices of individuals and organisations. I also examine regularities within the discourse of farming and conservation in Islay that point towards shared models of connection.

More recently I conducted research into anthropological approaches to bird sounds, in conjunction with Tim Ingold.  This AHRC-funded project examined how people perceive bird sounds, how they identify sounds as being made by particular kinds of birds and how these sounds then become incorporated into people's lives.  Research was mostly conducted in northeast Scotland but also explored human responses to bird sounds in a variety of other situations. 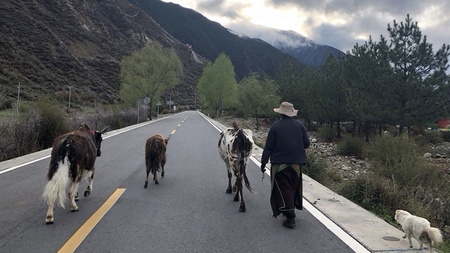 2018. 'Senses of being: The atmospheres of listening to birds in Britain, Australia and New Zealand.' in Schroer, S. & Schmitt, S. (eds) Exploring atmospheres ethnographically. Abingdon: Routledge.

2015. 'Listening to Birds in the Anthropocene: The Anxious Semiotics of Sound in a Human-Dominated World' Environmental Humanities 6: 53-71. http://environmentalhumanities.org/archives/vol6/

2013. 'Living doubts: the ontology of hearing, seeing and naming birds' in A. Carlyle & C. Lane (eds) On listening. Sheffield: RGAP.

2012 "How the land should be: narrating progress on farms in Islay, Scotland" in A. Arnason, N.Ellison, J.Vergunst & A.Whitehouse (eds.) Landscapes beyond land: routes, aesthetics, narratives. Oxford: Berghahn.

2010 "Something borrowed, something new? Practices and politics of imitation: an introduction" ETNOFOOR 22:1 7-10 (with Petra Tjitske Kalshoven)

"One with the birds? Listening through recording and imitation" Departmental Seminar, Newcastle University, March 2010.

"Towards an anthropology of bird sounds", at the conference "Sound and Anthropology", University of St Andrews, June 2006.

"The balance of nature: entangled science and ethics in debates about raptors in Scotland" at the conference "Animals and Science" University of Manchester, June 2005.

"Diversity and diversification: farmers' negotiation of change in Islay, Scotland" at the XXI congress of the European Society for Rural Sociology, Keszthely, Hungary August 2005.

"The people who make the difference: How farmers in Islay negotiate and conceptualise change and their relationship with the outside world" ASA Conference, 2004, Durham.

"Conservation, counting and the meaning and morality of rarity in Islay" ASA Conference, 2003, Manchester.

Course co-ordinator for AT4538 More Than Human and for AT2010 Key Debates in Anthropology. I also run the Research Project Part 2 course, which is the second part of the single honours dissertation, and am coordinator for the 6th Century course 'Humans and Other Animals' SX1501.