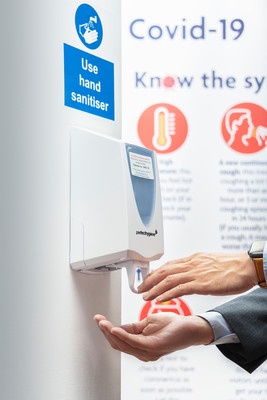 COP26 organisers are currently considering key arrangements that will make the difference between a Good COP or Bad COP. In a normal year, 30,000 people would be expected to attend the Glasgow climate change conference. During a pandemic, a conference of this scale comes with a unique set of challenges.

Hybrid or virtual negotiations have been resisted by organisers, with fears that this would give an unfair advantage to those attending in person. During preliminary negotiating rounds, developing countries have been affected by unreliable connections, which has led to delegates dropping in and out of key meetings.

“Success at Glasgow requires representatives from every part of the world physically sitting around the same table,” said Alok Sharma MP, COP president. For this to be a reality, organisers will have to consider the following:

To ensure delegates can attend from developed countries, the UK will provide vaccines to those accredited delegations who would be unable to get them otherwise. This includes negotiating parties as well as civil society and journalists. A survey for Politico showed that all developed country delegations that responded said they expected to be fully vaccinated by the time talks began. One-third of developing countries said they would not, or could not be sure.

However, some have highlighted the perception of ‘queue jumping’ in countries that have barely begun their rollout with vulnerable populations still at major risk of complications from Covid. The importance of a successful COP will be understood to an extent, but the take up of this offer may vary depending on each country’s public mood.

With the best of intentions and controls, key individuals and their close contacts can catch Covid-19 and must isolate for ten days, according to the current Scottish Government approach.

Football teams at Euro 2020 have struggled with this, despite having had more than a full domestic season to perfect Covid protocols to protect players and staff – ask Scotland footballer Billy Gilmour. This happening at COP is somewhat of an inevitability, with thousands of people present in the same indoor space.

While the vaccination programme should help with this to some extent, there is a risk that outbreaks could disrupt the conference and remove key individuals or entire teams from negotiations. This would bring back into play some of the challenges around hybrid meetings which the in-person conference seeks to avoid.

Quarantine arrangements for COP delegates are currently under consideration, particularly for those travelling from ‘red list’ countries. Alok Sharma has said the UK Government is looking at “mitigation measures” for people from countries on amber and red lists.

The plans around this may look similar to exemptions for senior business executives and VIPs at the Euro 2020 final. But the same arrangements for COP would have to be done safely at scale, focused on one location and with the least disruption possible. This makes a rigorous pre-flight and venue-based testing vital.

Concerns also remain that new variants of the virus that prove resistant to the vaccines and the continuation of overseas travel restrictions in parts of the world, which could yet result in further disruption to a crucial summit that has already been postponed once. As Donald Rumsfeld would say, a known unknown, which makes it important to have the capability to pivot the event online.

No in-person conference will have zero Covid risk, but climate change is an issue that will long outlast the pandemic. These are all issues that organisers will need to consider carefully to ensure that we host a Good COP and significant progress is made on climate change.

Published by Research, University of Aberdeen